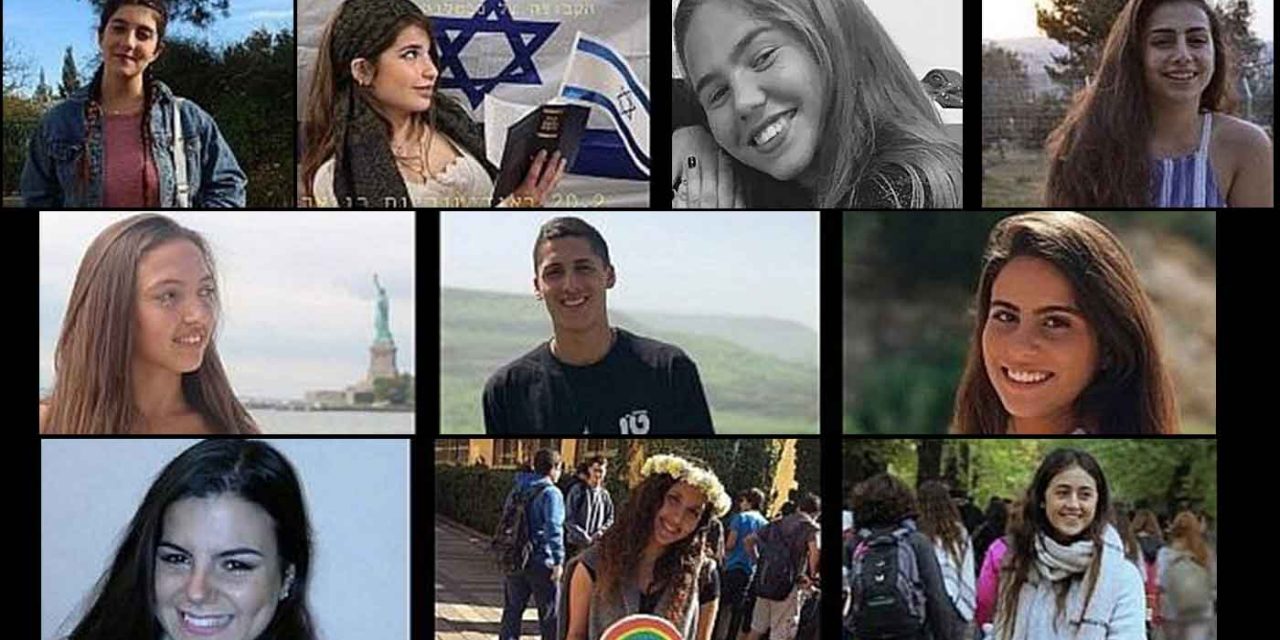 Thousands of Israelis have today attended the funerals of ten teenagers who died in flash floods while hiking at Nahal Tzafit south of the Dead Sea.

The 10 students killed in the floods were in a group of 25 students on a hike organized by the Bnei Zion pre-military academy, named after an IDF soldier, Ben-Zion Shai Hadad, who was killed in 2006 in the Second Lebanon War. They were due to start the program in the coming year, and the hike was intended as a pre-program bonding excursion.

The pre-military academy’s hike went ahead despite warnings of life-threatening weather conditions. Nine girls and one boy were killed when the group was hit by flash floods in Nahal Tzafit, a riverbed in the southern Dead Sea area.

Nine of the teenagers’ bodies were found in the course of the afternoon and evening on Thursday, and the tenth was discovered early on Friday morning.

They were all 18 years old. You can read more about each individual here.

One of the survivors, identified as Nissim spoke of the incident saying: “I saw bodies floating in the water. I didn’t know if they were alive, or if what I saw was bodies.”

“At one point there was a wave that was three or four meters high,” he told his father. “I was holding on to one of my friends really tight… but we couldn’t cope with the massive flow of water.”

“She slipped away from me in front of my eyes,” he continued.

Prime Minister Netanyahu said, “The State of Israel mourns the promising young lives that were cut short by this tragedy in the Arava. We embrace the grieving families and pray for the rapid recovery of the wounded.”

President Reuven Rivlin said the entire country was “mourning the loss of young promising lives in the heavy disaster.” He said Israel “embraces” the grieving families and wished the injured a speedy recovery.

Police on Friday arrested the principal of the Bnei Zion pre-military academy and an instructor on suspicion of negligent homicide.

The two were questioned overnight Thursday-Friday over their failure to heed flooding warnings south of the Dead Sea, police said.

A third suspect was also questioned and later released to house arrest, according to police.

The two suspects will be brought to court later on Friday, where police will seek an extension of their remand.

The Dead Sea, the world’s lowest point at about 1,400 feet below sea level, is surrounded by desert and generally arid cliffs. Rain can come rushing down the steep descents, causing sudden and violent torrents in otherwise dry spots.