Israel is the victim in conflict with Palestinians, says US peace envoy 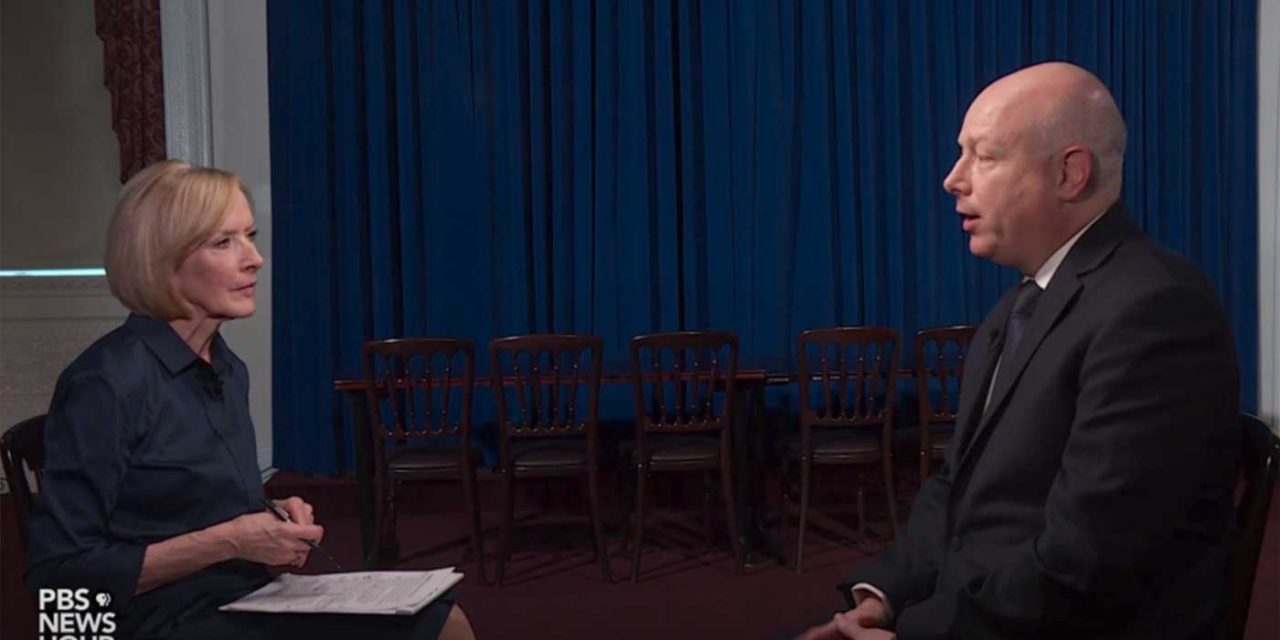 US Middle East peace envoy Jason Greenblatt said in an interview broadcast on American TV Wednesday that Israel is the victim in the conflict with the Palestinians and that in his view, has not made any mistakes over the decades the strife has continued.

In an interview with PBS, Greenblatt also said calling Israeli communities in the West Bank “settlements” is pejorative — he considers the territory “contested” rather than “occupied” — but affirmed that the Trump administration peace plan does answer the question of Palestinian self-determination.

Greenblatt was asked how responsible Israel is for the current situation of conflict with the Palestinians, which has continued unabated since the founding of the Jewish state in 1948.

“I think that Israel is actually more the victim than the party that’s responsible,” he replied. “From the moment of its formation, they were attacked multiple times. They continue to be attacked with terrorism. So — I’m not sure I understand the premise of the question.”

Greenblatt said he “can’t think of single instances” where Israel may have made mistakes or gone beyond its authority.

“But I think even our great country has made mistakes over the years. And, over time, you try to correct those mistakes. But I think Israel is doing the best that it possibly can under very challenging circumstances.”