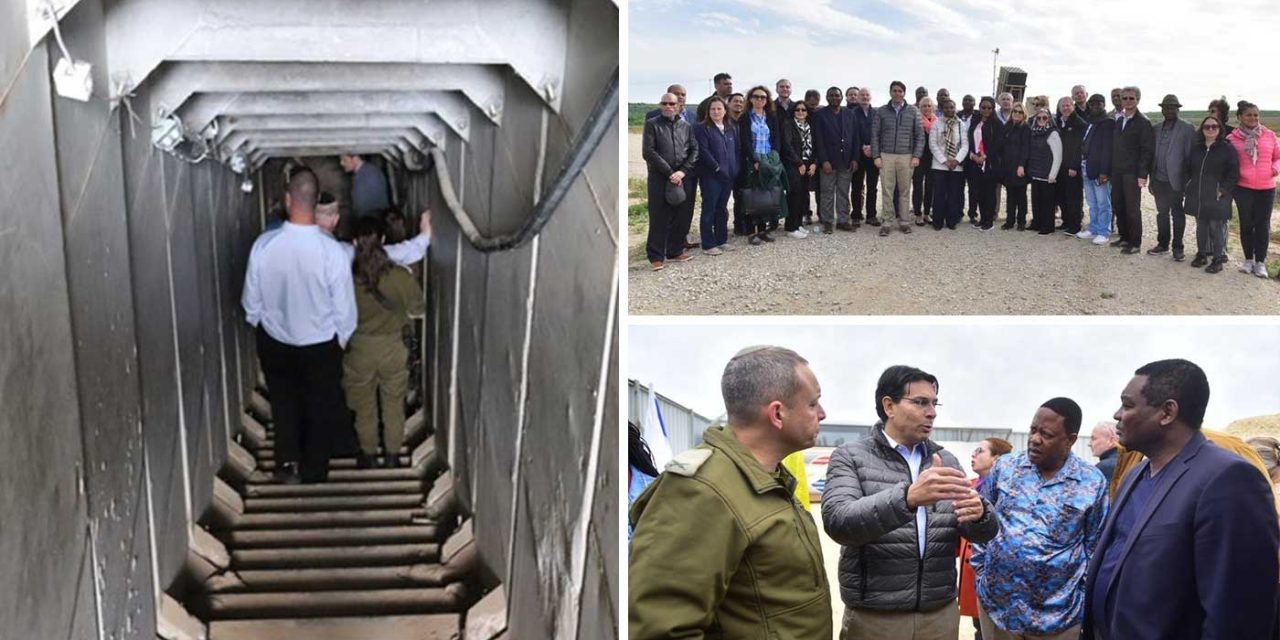 Last week, UN ambassadors from around the world visited the site of one of Hamas’ terror tunnels and then toured an Iron Dome battery in Netivot. The delegation includes ambassadors from Guatemala, Paraguay, Poland, Ethiopia, Romania, Ukraine, Estonia, the Czech Republic and other countries.

The delegation of ambassadors, who visited Poland earlier this week, is led by the Israeli ambassador to UN Danny Danon.

“The rocket fire from Gaza is part of the widespread terror network Iran wages against Israel in the Middle East. The regime in Tehran has many terrorist proxies, one of which is Hamas in Gaza. Hamas receives clear instructions on how and when to shoot at civilians in Israel,” Ambassador Danon said, adding: “Israel will defend itself against any attack on its people and against any threat. We will prevent Iran’s aggression, which not only threatens Israel but our neighbours and the entire world.”

Today, I brought @UN ambassadors to southern Israel to see first-hand Hamas’ terror tunnels (an example of how Iranian aggression operates from Gaza) and an Iron Dome battery in Netivot. What these ambassadors saw today they won’t forget when they’re back in New York. pic.twitter.com/W0wrOhImfD

Danon called on the ambassadors to join Israel’s initiative at the UN to declare Hamas a terrorist organization in the Security Council: “The tunnel you see is intended for bringing terrorists into Israeli communities as part of Hamas’ terrorist campaign, to murder civilians and kidnap women and children into Gaza. This image should reveal to you Hamas’ true intentions, and translate into action in New York. Declaring Hamas as a terrorist organization will add to regional stability and weaken Iran’s aggression.”

Ambassador Jean-Claude Felix do Rego from Benin said: “I think it was very important for the delegation to come on-site and to see first hand the tunnel. It’s a source of reflection for all of us to see the amount of energy and finance involved in such work. We would like here to commend the IDF for the work they are doing because after all, we are working here for peace and the safety of the population.”

Ambassador Marie Chatardová from the Czech Republic said: “This material [to build the tunnels] could be used for peaceful reasons and it would be much better to have hospital schools and something for the civilians.”

The ambassadors also visited a cyber centre in Be’er Sheva as well as heading to Jerusalem and meeting with Israel’s President Reuven Rivlin.