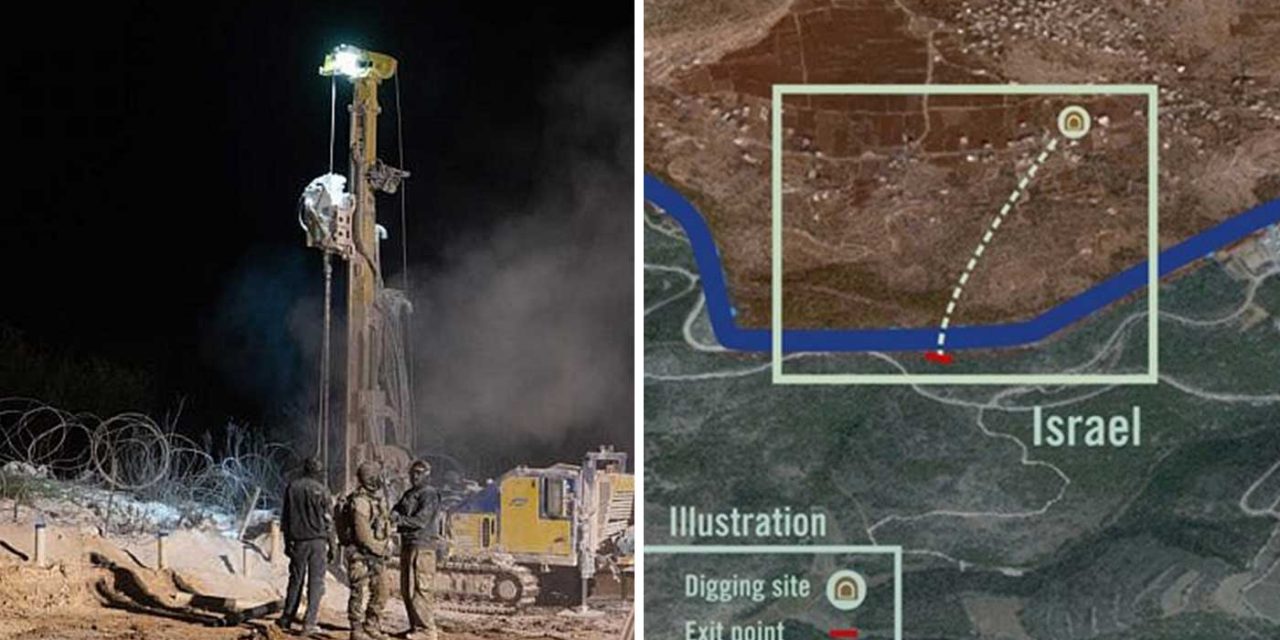 The IDF on Sunday announced the end of its northern operation to find and destroy cross-border tunnels. The announcement was made following the discovery of a sixth attack tunnel dug by Lebanon-based terror group, Hezbollah.

Operation Northern Shield was launched over a month ago with the aim of locating and destroying tunnels dug by Hezbollah into towns in northern Israel. The IDF believes that it has now completed this task.

“With the discovery of this terror tunnel, the effort to locate the passages dug by Hezbollah that crossed the border into Israeli territory has been completed. The neutralization of this passage will be completed in the coming days,” the army said in a statement, adding that the operation had “removed the threat from the citizens of Israel.”

“According to our intelligence and our assessment of the situation, there are no longer any cross-border attack tunnels from Lebanon into Israel,” army spokesperson Lt. Col. Jonathan Conricus said.

“In addition, the IDF is monitoring and is in possession of a number of sites where Hezbollah is digging underground infrastructure that has yet to cross into Israeli territory,” the IDF said.

Look inside a Hezbollah terror tunnel

Take a look inside this Hezbollah terror tunnel that ran from Lebanon into Israel.The IDF has now undone all the terrorist's hard work.#DefendIsrael #PrayforIsrael #NorthernShield #CUFI

Posted by Christians United for Israel – UK on Monday, 14 January 2019

The Israel Defense Forces have had some fun with the terrorists after discovering these tunnels. On at least two occasions they planted explosive devices inside of tunnels and left messages on Twitter for Hezbollah saying they left a nice surprise for the terrorists and that Hezbollah operatives should “enter at their own risk”.

Another terror tunnel found just before the New Year was sealed when the IDF poured in gallons of liquid cement, flooding the tunnel and causing it to overflow on the Lebanese side of the border.

The IDF released videos online showing, apparently Hezbollah operatives, running away from a river of cement before they returned with machinery to try and stop its flow. Israel has well and truly undone the hard work and millions of pounds worth of infrastructure these terrorists have built.

🤭 The reaction of what appears to be Hezbollah terrorists when they see the cement we poured into the attack tunnel that they had been digging from Lebanon into Israel, spilling out on the Lebanese side. Song: Runaway, Kanye West