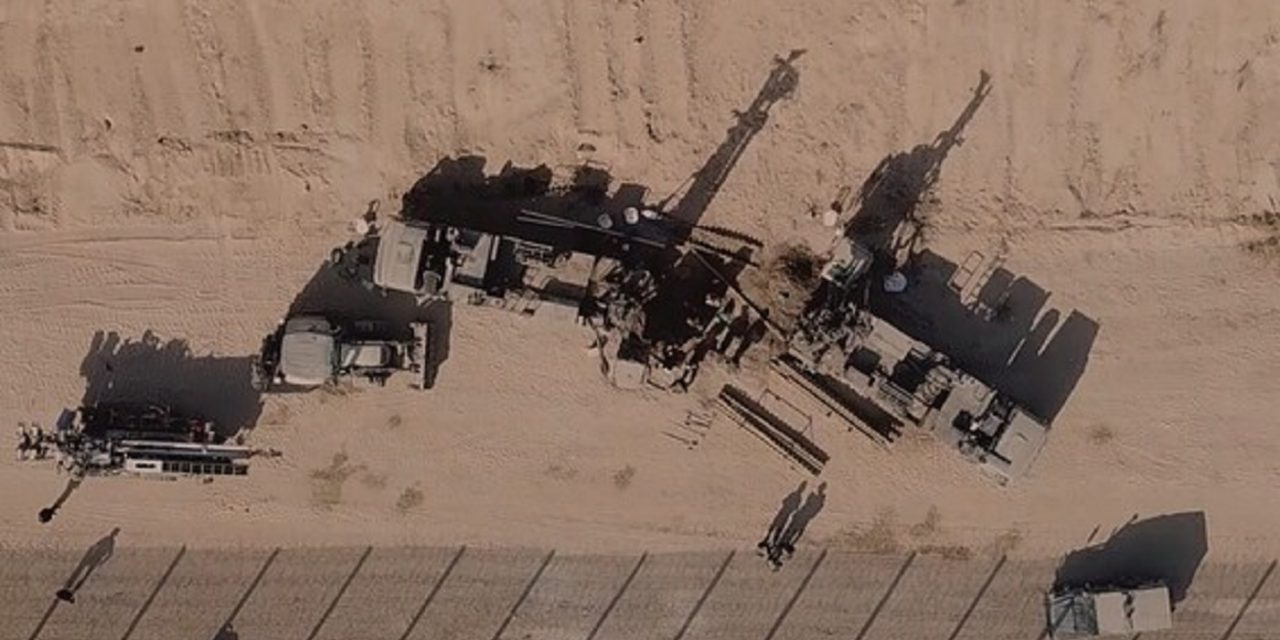 The Israeli military on Tuesday announced it had uncovered a “terror tunnel” dug from the Gaza Strip that ran dozens of meters into Israeli territory.

The Israel Defense Forces said that following an “indication” from the barrier system whose installation it is completing on the border, military engineers located the concrete-lined tunnel emerging from the southern Gaza city of Khan Younis.

“The route [of the tunnel] was located as part of the ongoing efforts to find and neutralize tunnels and thanks to the technological and [intelligence] collection capabilities of the barrier,” the IDF said in a statement.

IDF Spokesperson Hidai Zilberman told reporters in a briefing that the military would now destroy the tunnel. Channel 12 news reported that the IDF had already sent forces into Gaza territory to deal with the tunnel.

The military said the tunnel did not penetrate Israel’s new underground barrier and did not pose a threat to communities in the area.

In response to the rocket that was fired from Gaza into Israel earlier tonight, our aircraft struck underground Hamas infrastructure in Gaza. pic.twitter.com/UKMyQfQfKr

The statement did not specify who dug and built the tunnel, but the IDF reiterated it holds the Hamas terror group responsible as the Palestinian enclave’s ruler.

Hours after the announcement, a rocket fired from Gaza was intercepted by Israeli missile defenses, the military said. There were no reports of casualties or damage. In response, the IDF struck Hamas infrastructure targets in the Gaza Strip

Lt. Col. Jonathan Conricus, a military spokesman, said the tunnel crossed into Israeli territory but posed “no threat” to nearby Israeli communities and that there was not yet an exit on the other side.

Israel has uncovered around 20 such tunnels since the 2014 war with the Islamic terror group Hamas, which rules Gaza. Palestinian terrorists launched deadly attacks through such tunnels during the war.