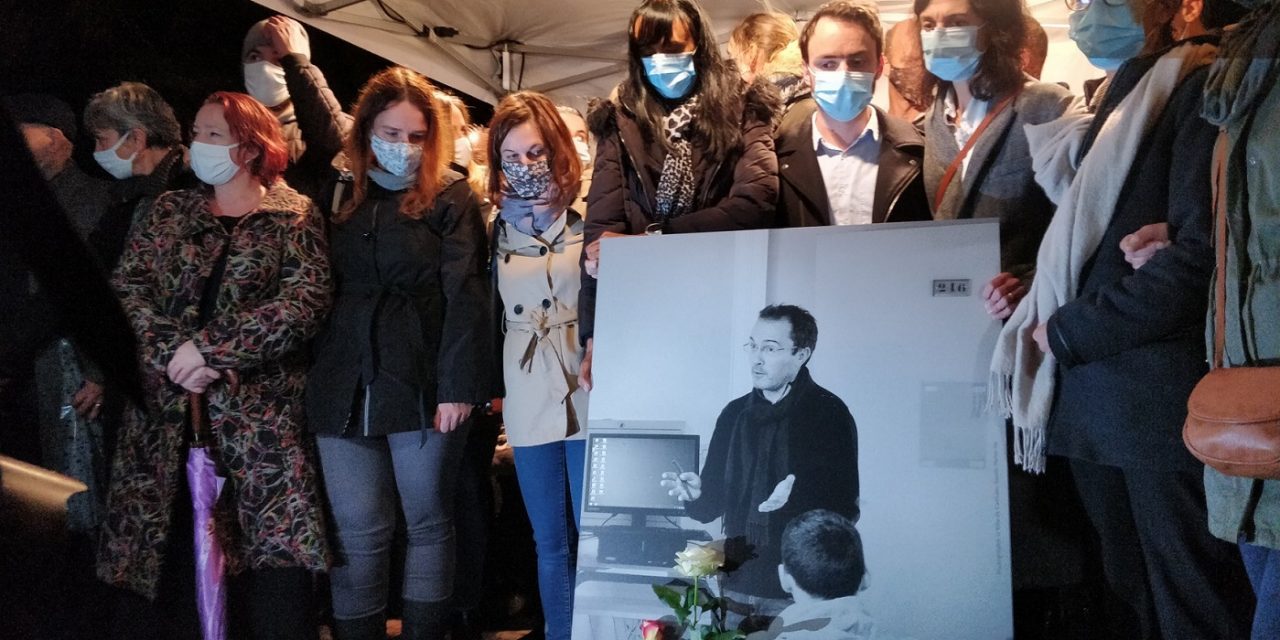 French President Emmanuel Macron said Tuesday a pro-Hamas group active in France would be dissolved for being “directly implicated” in the beheading of a history teacher outside Paris last week.

He also said “actions will be stepped up” against Islamist extremism in the country.

The decision to shut down the “Cheikh Yassine Collective,” which supports the Palestinian cause and is named after the founder of the Gaza-based terror organization, will be taken at a Wednesday’s cabinet meeting, he said.

The group’s founder and Islamist radical, Abdelhakim Sefrioui, is currently being held by police for publishing a video on YouTube insulting teacher Samuel Paty.

“This is not about making more statements,” Macron said during a visit to a Paris suburb. “Our fellow citizens expect actions. These actions will be stepped up.”

Prime Minister Jean Castex told MPs on Tuesday that the government was now targeting “all associations whose complicity with radical Islamism has been established.”

French authorities said they would close a Paris mosque in a clampdown on radical Islam that has yielded over a dozen arrests following the beheading of the teacher who had shown his pupils cartoons of the Muslim prophet Mohammad.

The mosque in a densely-populated suburb northeast of Paris had published a video on its Facebook page days before Friday’s gruesome murder, railing against Paty’s choice of material for a class discussion on freedom of expression, said a source close to the investigation.

The interior ministry said the mosque in Pantin, which has some 1,500 worshippers, would be shut on Wednesday night for six months.

The suspected killer, 18-year-old Chechen Abdullakh Anzorov, had been in contact with a parent leading an online campaign against the teacher, the investigation into the killing revealed Tuesday.

The man wanted Paty fired after his daughter told him how the teacher had shown cartoons of the Prophet Muhammad. The parent — the father of a girl in Paty’s class — was behind an online campaign urging “mobilization” against the teacher.

The man, now in police custody, had placed his phone number on Facebook and exchanged messages with Anzorov on WhatsApp in the days leading up to the murder, police sources told AFP.

Among other messages, the father had published a video railing against Paty’s choice of lesson material. The mosque now targeted for a six-month closure shared this video on its own Facebook Page.