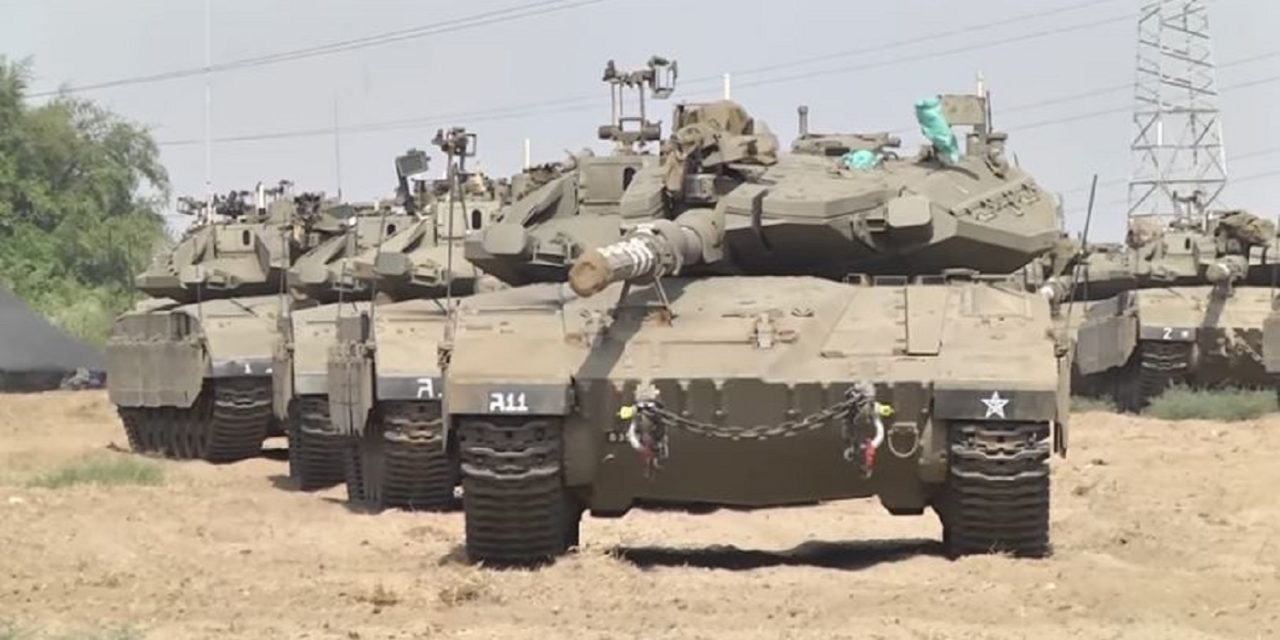 The Israeli army has deployed tanks at the border with Gaza following an escalation of violence by Palestinian protesters.

Residents in southern Israel spotted the tanks being transported with one witness saying around 60 tanks and armoured personnel carriers are situated near the border.

With the deployment clearly visible from main Israeli roads near the Gaza Strip, senior Egyptian security officials met Palestinian leaders of the enclave’s ruling Hamas to try to calm tensions.

Israeli Prime Minister Benjamin Netanyahu, who convened his security cabinet on Wednesday after the rocket wrecked a home in the city of Beersheba, pledged to take “very strong action” if Palestinian attacks continued.

During the meeting, Defense Minister Avigdor Liberman presented a plan to initiate a harsh response against Hamas. At the same time, the IDF, with the encouragement of Netanyahu, presented another plan whereby response would be according to what was happening on the ground and only if the terrorist organizations tried to attack Israel. The Prime Minister’s proposal was adopted.

Israeli leaders have said they will not tolerate rocket attacks or attempts, during the border protests, to breach Israel’s frontier fence.