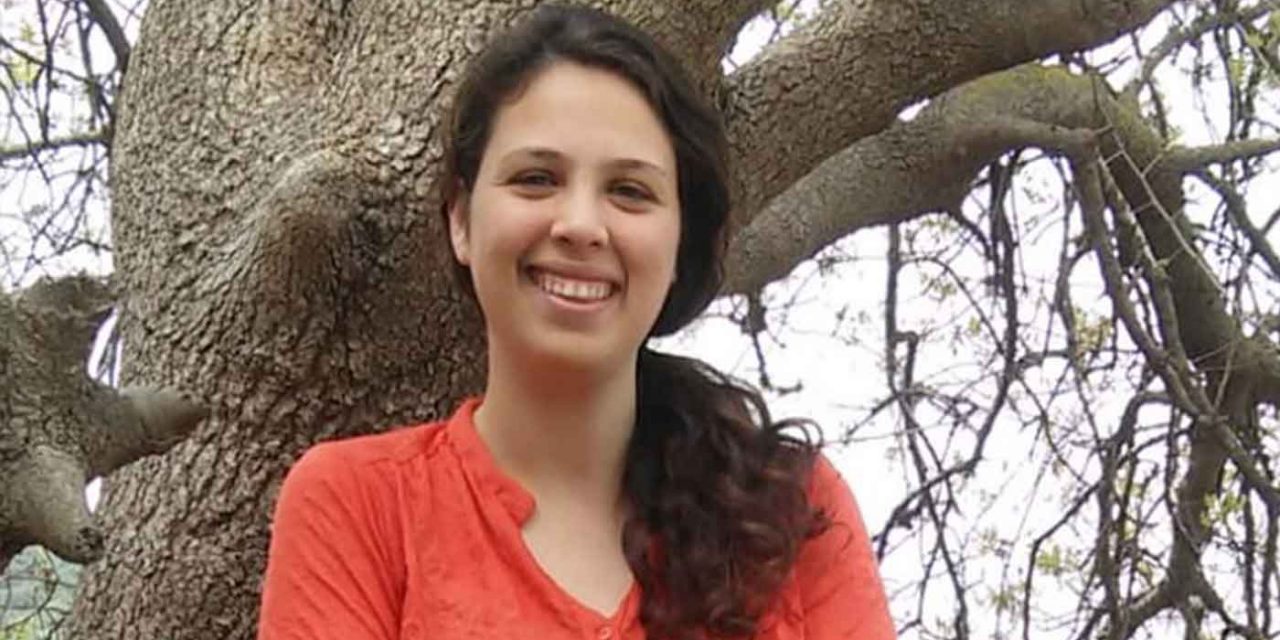 We were shocked to hear the news that an innocent 19-year-old woman was raped and murdered whilst hiking in the woods. The murder has now been confirmed as an act of Palestinian terrorism.

Ori Ansbacher, 19, loved long walks in nature where she would go to be alone and write poetry.

One of the last poems Ansbacher wrote was in part: “Make it so your world will be a world of peace. Remember the maiden you are, the honey you had before they descended upon you, re-establish yourself, revive the maiden and build yourself a world, a world of peace.”

Ansbacher was reported missing Thursday morning after going for a walk in the woods, and her remains were discovered Thursday night at approximately 7:00 p.m. Her body was found in the Ein Yael forest, with multiple stab wounds in the chest.

Arafiah confessed to raping and murdering Ansbacher, and reenacted the murder for police. “I entered Israel with a knife because I wanted to become a martyr and murder a Jew,” Irfayia said. “I met the girl by chance.”

Arafat Arifaiyeh, suspected of raping and murdering 19 year-old Ori Ansbacher is in court today to have his detention extended. #Israel’s Shin Bet said he admitted to stabbing her to death for nationalistic reasons. pic.twitter.com/WiXUfruam1

The Shin Bet internal security agency said Sunday that based on Arafiah’s statements, the murder appeared to be a nationalistically-motivated act of terrorism.

The Palestinian leadership is trying to distance itself from this attack because it involved rape. Killing Jews is one thing, but Palestinian leaders don’t want to be associated with an attack that involves rape it is bad for publicity and so they are claiming that the motive of the attack cannot be terrorism.

Shockingly, this claim not only comes from Palestinian leaders but members of Israel’s own parliament.

Aida Touma-Suleiman, an Arab Knesset member, made the outrageous claim that “the rape and murder of Ori Ansbacher is a sex-related crime … the Palestinian criminal … can’t possibly be part of a national liberation.”

The reality is that Arafiah had been brought up in a culture that celebrates the murder of Jews. His family are associated with the terrorist organisation Hamas and he himself had distributed Hamas information to others on social media. He entered Israel, armed with a knife, with the intention of killing a Jew. Unfortunately, he happened upon a young Jewish woman and decided to rape and murder her. He was doing this because he believed what he had been taught through his religion and from his government, that he would be rewarded for doing so.