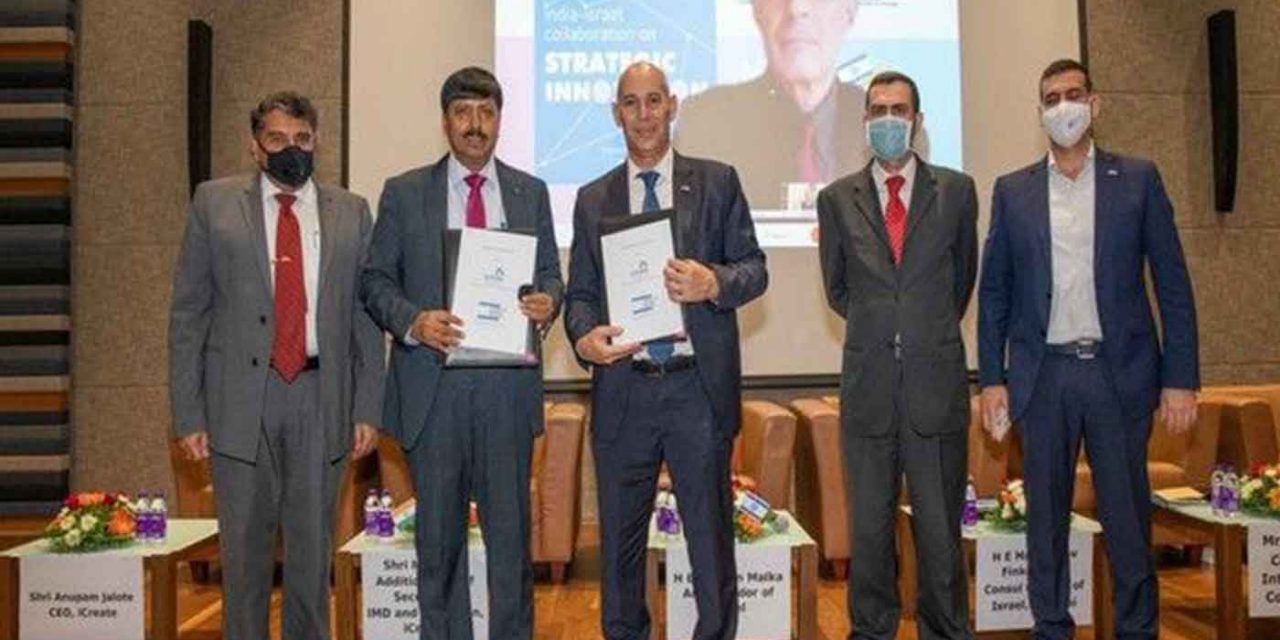 On Tuesday, in the presence of the ambassadors of both countries – India and Israel – the CEO of Indian technology business incubation center iCreate, Anupam Jalote, and Eugene Kandel, CEO of Startup Nation Central (SNC), signed a memorandum of understanding on cooperation in making the Indian market accessible to Israeli companies through collaborations.

The agreement was signed at a ceremony in Ahmedabad in the state of Gujarat, with the participation of Israeli ambassador to India Ron Malka and the Israeli consul general in Mumbai, Yaakov Finkelstein. Prof K. VijayRaghavan, principal scientific advisor to the government of India, and India’s ambassador to Israel Sanjeev Kumar Singla, participated online.

The agreement signed yesterday was the fruit of a process that began with the visit of Prime Minister Benjamin Netanyahu to India in 2018 and his meetings with India’s Prime Minister Narendra Modi. Vered Mivzari, director for India and Africa at SNC, who led the process for SNC, said that she became acquainted with iCreate when working at the office of the Israeli economic attaché in Delhi, in the course of accompanying Netanyahu’s entourage on his visit to India. Mivzari says that the current initiative is in the framework of the India-Israel Industrial R&D and Technological Innovation Fund (I4F), run jointly by the Indian Department of Science and Technology and the Israel Innovation Authority, that was set up on the occasion of the same visit, at an investment of $40 million for five years.

Read the full story at Globes