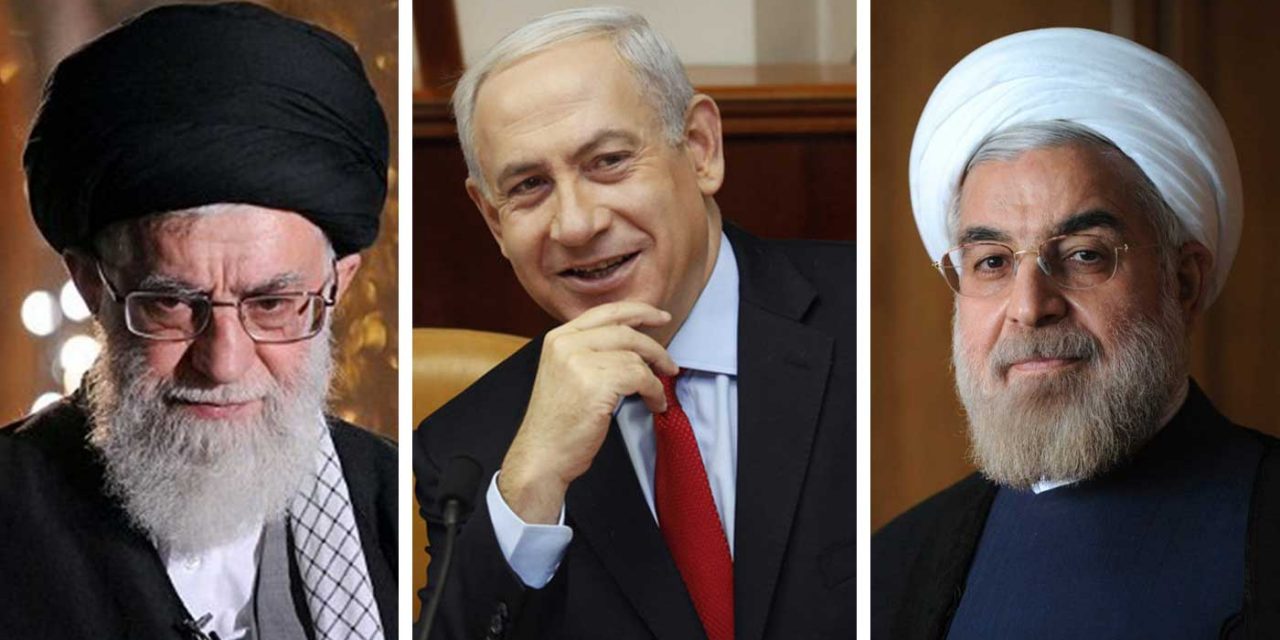 Iran has been rocked by protests over the last four days, with at least 13 people killed and over 450 arrested, as protesters demonstrate against government corruption, poor living conditions and a lack of freedom.

Instead of taking responsibility for their failings, the Iranian regime is instead trying to pass the blame to Israel and the United States.

Iran’s Supreme Leader Ayatollah Kameini accused the enemies of the Islamic Republic of stirring unrest across the country. Known for his frequent anti-Israel and anti-America speeches, it is no question who he is talking about here.

The “moderate” President of Iran, Hassan Rouhani, was less cryptic in his message, specifically naming the US and Israel, and claiming the protests are “revenge” for “Iran’s success in the region”.

The “Zionist regime” is of course Israel.

Israeli officials said Israeli Prime Minister Netanyahu had been keeping silent on the protests because of a concern that whatever he would say would be manipulated by the regime in Tehran to the detriment of the protesters. However, after Rouhani publicly blamed Israel, Netanyahu decided to speak out.

In a video message on social media, Netanyahu praised the demonstrators on Monday saying they sought freedom, justice and “the basic liberties that have been denied to them for decades”.

“I heard today Iran’s President Rouhani’s claim that Israel is behind the protests in Iran. It’s not only false. It’s laughable.”

President Trump has also spoken about the protests on Twitter, including links to videos from his first speech at the United Nations where he seems to be addressing this growing feeling amongst Iranians.

Many reports of peaceful protests by Iranian citizens fed up with regime’s corruption & its squandering of the nation’s wealth to fund terrorism abroad. Iranian govt should respect their people’s rights, including right to express themselves. The world is watching! #IranProtests

The entire world understands that the good people of Iran want change, and, other than the vast military power of the United States, that Iran’s people are what their leaders fear the most…. pic.twitter.com/W8rKN9B6RT

Iran’s President Rouhani was praised by Western governments and the mainstream media for being moderate when he came to power, and he has long maintained this image in their eyes, rarely being criticised by these same sources. However, critics of the Iranian regime have long seen the President as a kind of smokescreen, a smiling face that speaks pleasantly while hiding a dark and sinister regime.

His most recent message is concerning for a number of reasons. First, his accusations against Israel fuel the anti-Semitic feeling of Iran, where people are taught from birth that Israel is evil, and it cements his idea in their minds. The second concern is that Rouhani has seemingly admitted to the terrorist advances of the Iranian regime throughout the Middle East.

Israel and the US have long claimed that Iran is the world leader in state sponsored terrorism. However, many Western nations have completely ignored this warning, including President Obama. These governments have now given billions of pounds to Iran in the disastrous “Iran Nuclear Deal”. Money that even John Kerry admitted would in part be used to sponsor terrorism.

If the Iranian regime wasn’t so determined to carry out its evil plans and instead invested the money in building up its country rather than seeking nuclear weapons and arming terrorists in the Middle East, it would not be suffering these protests. Iran’s own people have nothing because their government cares little for them as they continue down their destructive path.