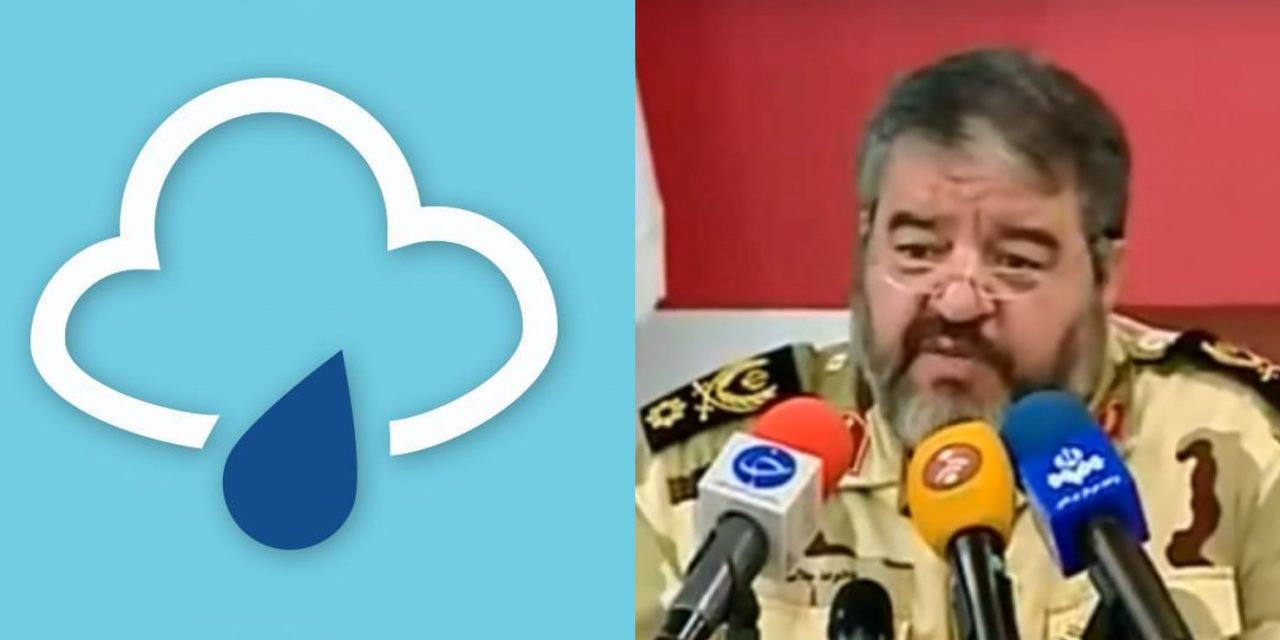 An Iranian general on Monday accused the Jewish state of manipulating the weather as part of a plot to deprive Iran of much-needed rain, referring to the tactic as cloud “theft.”

The official in question, Brigadier General Gholam Reza Jalali, who serves as head of Iran’s Civil Defense Organization, announced to a press conference, “The changing climate in Iran is suspect,” reported the semi-official ISNA news agency.

“Israel and another country in the region have joint teams which work to ensure clouds entering Iranian skies are unable to release rain,” he maintained, after which he added Israeli “cloud and snow theft” to his list of accusations.

The head of Iran’s meteorological service, Ahad Vazife, did not concur with Jalali’s conclusions, determining “on the basis of meteorological knowledge, [that] it is not possible for a country to steal snow or clouds,” reported ISNA.

“Raising such questions not only does not solve any of our problems, but will deter us from finding the right solutions,” Vazife stressed, distancing himself from Jalali’s comments.

Jalali’s accusations are consistent with prior claims by Iranian officials, including comments by former Iranian president Mahmoud Ahmadinejad, who maintained in 2011 that the West “causes drought” in Iran, and that European countries “force clouds to dump” rain in specified locations.

In the video, Netanyahu intoned, “The Iranian people are victims of a cruel and tyrannical regime that denies them vital water.”

MUST WATCH: "I used to play soccer"PM Netanyahu has shown his football skills, but with an important message for the people of Iran.

Posted by Christians United for Israel – UK on Wednesday, 27 June 2018