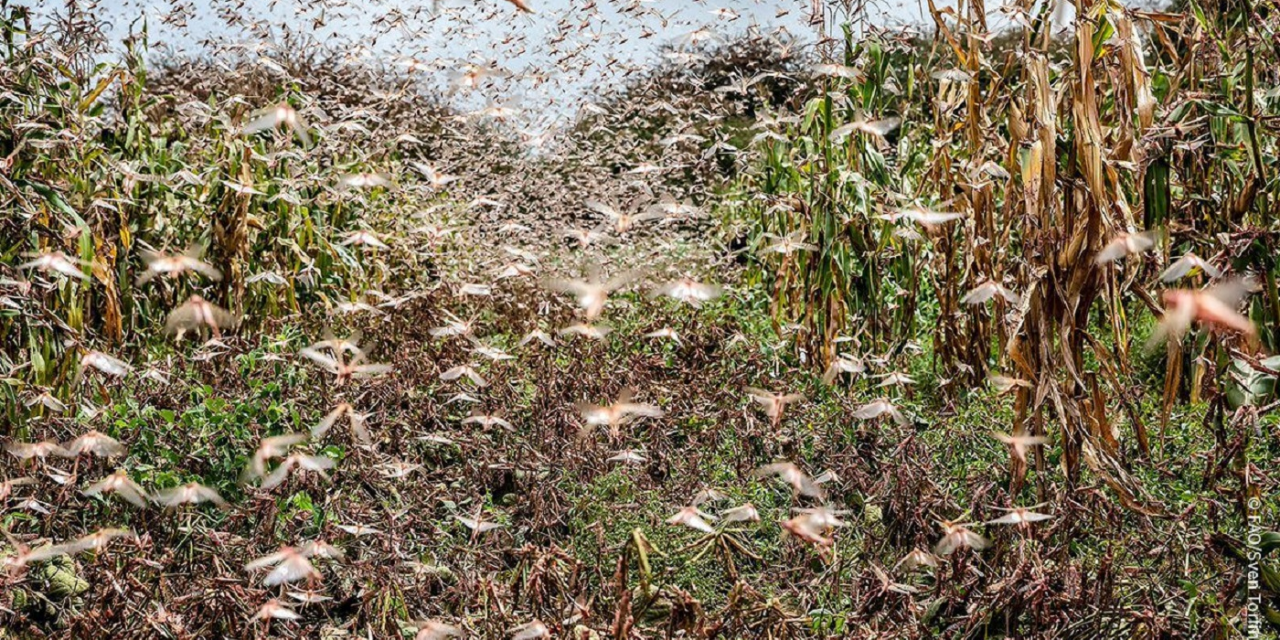 Iran has called in its military to help fight locusts that have invaded the south of the country, threatening to destroy crops worth billions of dollars, according to Iranian media reports.

This happened in Egypt too, thousands of years ago, when Pharaoh messed with the God of Israel. pic.twitter.com/neY5f7yOgE

The affected areas, stretching from eastern Iran on the border with Pakistan to the southwestern border with Iraq, were likely to soon increase to 1 million hectares, Mir told ILNA.

“The military have promised to help fight the desert locusts, including by providing all-terrain vehicles for use in areas which are hard to access,” Mir told ILNA. “Last year the military provided personnel and vehicles, and that was a big help.”

Mir said anti-locust operations had so far prevented “any damage”, without giving details.