(YNet) An Israeli investigation into school books used by United Nations-run schools in the West Bank were found to consistently delegitimize and demonize the State of Israel.

These textbooks—written by the Palestinian Ministry of Education—are used in schools run by the United Nations Relief and Works Agency (UNRWA) in both Gaza and the West Bank.

However, the most shocking discovery is that the UN schools don’t teach Palestinian children to recognize Israel as a country—not within the 1947 borders, nor any borders at all. 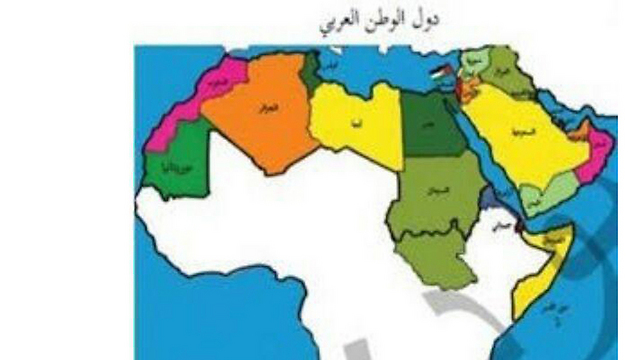 Picture of the countries of the Middle East in one of the textbooks. “Palestine” is superimposed on the whole of Israel

The research was presented by Dr. Arnon Gross who translated the books, and Dr. Ronni Shaked from the Harry Truman Research Institute at the Hebrew University in Jerusalem.

In one of the history books, Zionism is defines as a colonialist movement that was founded by European Jews in order to gather Jews from all over the world and to put them in Palestine along with in other neighbouring Arab countries. The textbooks argue that the Zionists do this via methods such as immigration and forcing the Arab population off their land.

No mention is made of the religious or historical connection of Jews to the Land of Israel or to Jerusalem in these textbooks used by UNRWA. The schools also make no mention of Jewish holy sites anywhere in their materials—no Western Wall, no Cave of the Patriarchs, and no Rachel’s Tomb.

Instead, the textbooks teach that these are all Muslim holy sites which the Jews are trying illegitimately to take control of.

Also, children at UNRWA schools are taught that the Arab massacres of Jews in 1929 (specifically in Safed, Hebron, and Jerusalem) was called the “al Buraq revolt,” and was carried out to keep the Jews from conquering and occupying these holy cities.

Over 130 Jews were murdered by their Arab neighbours during these massacres.

The textbooks used by the UN to teach Palestinian children even negate the existence of Hebrew. One of the books has a picture of a stamp used during the British Mandate Period upon which is written Hebrew, English, and Arabic. However, the textbooks written by the Palestinians erase the Hebrew, leaving only the English and the Arabic. 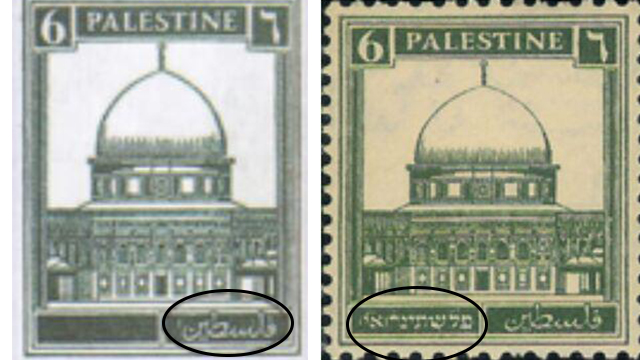 British stamp from the Mandate Era. On the right, all three languages included on the original stamp. On the left, the doctored stamp used in Palestinian textbooks, completely erasing the Hebrew

Additionally, there is no reference to the presence of Jews in Israel, with Jewish cities and towns established after 1948 erased from the maps given to Palestinian children. Tel Aviv, originally named after the Hebrew title of Theodor Herzl’s book Altneuland, is re-named “Tel al-Rabia.” The word al-rabia means the season of spring in Arabic. 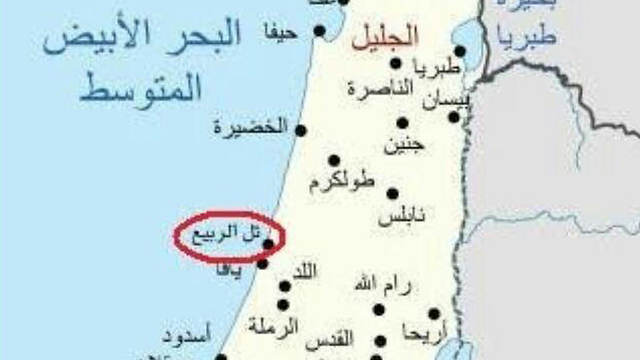 Tel al-Rabia, circled, appears in place of Tel Aviv on a “Map of Palestine” used in UN schools. No Jewish towns built after 1948 are included

Incitement in Palestinian textbooks is well known and documented. Palestinian President Mahmoud Abbas has spoken about the issue several times, and has agreed to be a part of a joint Israeli-US–Palestinian committee to design new textbooks. However, this committee has yet to meet.

The research was conducted by the Center for Near East Policy Research, and was published less than two weeks after the UN Security Council resolution declaring construction and settlements in the West Bank and eastern Jerusalem illegal.