In preparation for Hanukkah, a two-meter high menorah lands at the Western Wall 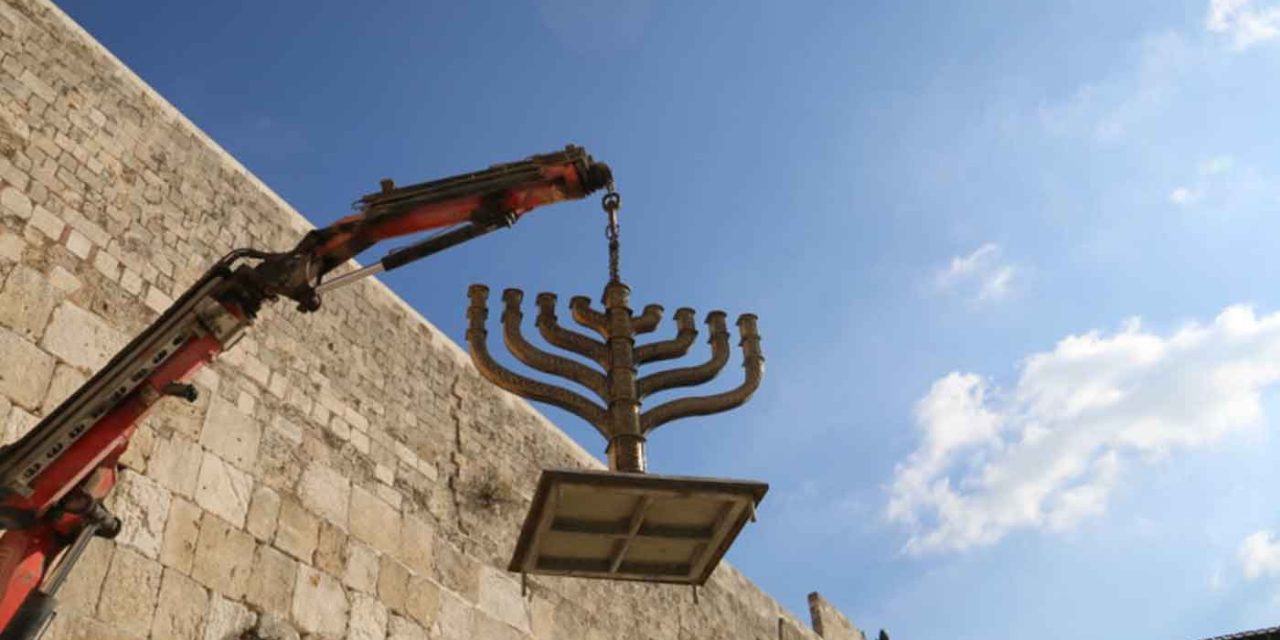 The preparations for Hanukkah at the Western Wall in the Old City of Jerusalem kicked off on Tuesday with the installation of the traditional massive menorah, which will be lit every night during the holiday.

The menorah is made of bronze, reaches over two meters high and is about two meters wide, according to a statement by The Western Wall Heritage Foundation, a governmental body established in 1988 to preserve and run the Wall and its tunnels. The artefact weighs about one ton and took seven months to make.

A public lighting with distinguished guests is going to take place every night from December 22 to December 30.

The ceremonies will be live-streamed through the Kotel webcams at www.thekotel.org or the Western Wall Heritage Foundation Facebook page.

Among those who lit the menorah last year were Prime Minister Benjamin Netanyahu and US Ambassador to Israel David Friedman.