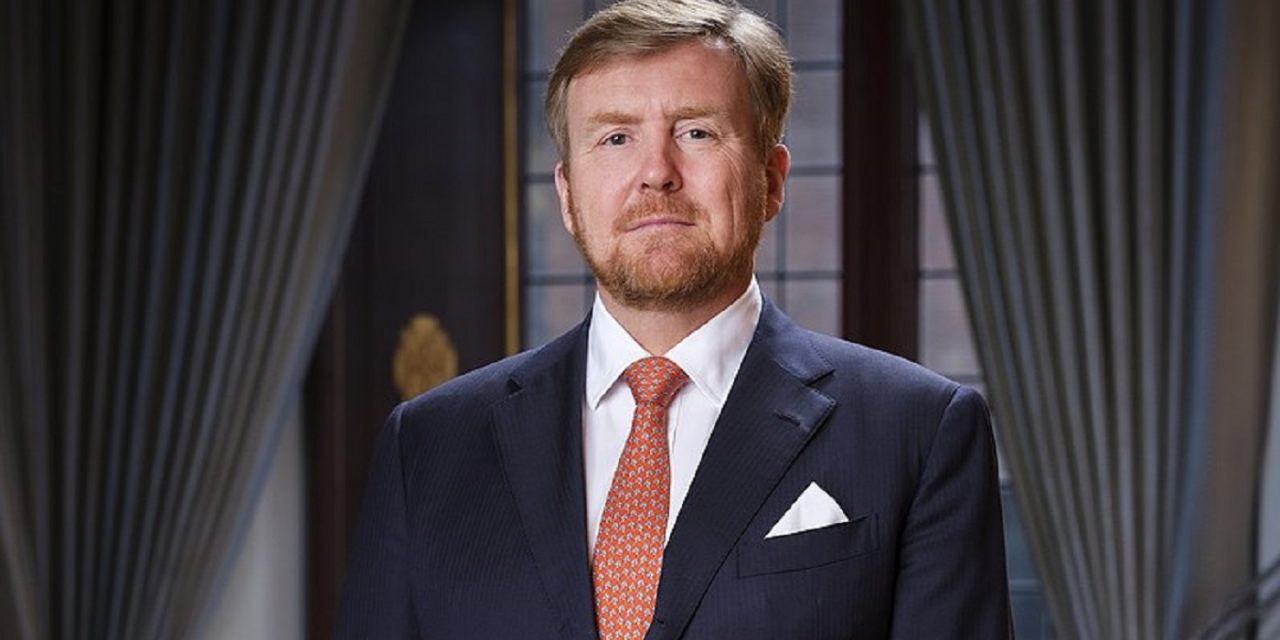 The King of the Netherlands publicly acknowledged for the first time on Monday that his great-grandmother, Queen Wilhelmina, failed to protect the country’s Jewish population against Nazi aggression.

King Willem-Alexander’s remarks were made during a memorial ceremony in Amsterdam for Dutch victims of armed conflicts during and after World War II. It was the first time ever that the head of state had spoken on Remembrance Day (the King’s full speech is below).

“Fellow human beings felt abandoned, insufficiently heard, insufficiently supported, even with words,” the Dutch monarch said. “Also from London by my great-grandmother, despite her steadfast resistance [to the Nazis.] It’s something that won’t let go of me.”

By the end of World War II, the Nazis managed to kill 75 percent of Netherland’s Jews, decimating the community to some 36,000 from prewar figures of 140,000.

Ross Eisemann of the center for information and documentation on Israel CIDI called the King’s speech “brave and special”, speaking to newspaper AD. “I was very touched by that personal note,” Eisemann said. “In all her speeches, Queen Wilhelmina never mentioned the Jews. That the King mentioned this incompleteness is justified, but also brave and special. And unique.”

“What a wholesome and generous acknowledgment of our then Queen’s silence about the persecutions and destruction of Jews,” ChristenUnie leader Gert-Jan Segers said on Twitter. PvdA leader Lodewijk Asscher called it a “breathtakingly good speech by the king”. Amsterdam mayor Femke Halsema said she was touched by the hard-hitting speech. “The king said very aptly that it is as if we were all there. I think it was an important moment for a lot of people,” she said to Nieuwsuur.

Marianne Schelvis, daughter of Holocaust survivor Jules Schelvis who the King spoke about in his speech, called the speech a “wonderful tribute to my father”, speaking to Hart van Nederland. She couldn’t help but tear up, she said, adding that her family did not know about the tribute. “But apparently the conversation made a big impression on the king at the time.”

The speech also elicited reactions from hundreds of Dutch on social media. Reactions described the speech as “honest”, “touching”, and “sincere”. Around 6.5 million people watched the speech, according to NOS.

While living in exile in the UK for the duration of the war, Queen Wilhelmina – whose reign ended in 1962 – mentioned the persecution of Jews only three times in 48 radio speeches, leaving many to believe that she was indifferent to the community’s plight.

In January, Dutch Prime Minister Mark Rutte apologized for his country’s war-time persecution of Jews while delivering remarks during a ceremony honoring the memory of Holocaust victims on the 75th anniversary of the liberation of Auschwitz.

“Now the last survivors are still with us, I apologize today in the name of the government for what the authorities did at that time,” Rutte said.

According to Yad Vashem, The Netherlands has the second-most individuals considered Righteous Among the Nations, non-Jews who saved Jews from the Holocaust, at 5,778 saviors.

The Netherlands was for a long time after the war considered one of the European societies that did most to protect its Jews. However, more recent appraisals of its war-time conduct have questioned why a much larger proportion of Dutch Jews were killed than its French and Belgian neighbours.

It feels strange to be standing in an almost empty Dam square. But I know that you feel part of this National Remembrance and that we are standing here together.

During these exceptional months, we have all had to give up some of our freedom. This country hasn’t experienced anything like this since the Second World War. Now, we are choosing our own path. For our lives and our health.

Back then, the choice was made for us. By an occupier with a merciless ideology which caused the deaths of millions of people. How did that utmost lack of freedom feel?

There is one testimony I shall never forget. It was given here in Amsterdam, in the Westerkerk, almost six years ago. A short man with clear eyes – standing proudly at 93 years old – recounted his journey to Sobibor, in June 1943.

His name was Jules Schelvis. There he stood, fragile but unbroken, in a full but utterly silent church. He spoke about the transportation of 62 people in a single railway wagon. About the barrel on the bare floor. About the rain that spattered in through the gaps. About the hunger, the exhaustion, the filth.

“You began to look like a pauper”, he said. And you could hear the heartbreak in his voice. He recalled the soldiers who ripped the watches off their wrists upon arrival. And of how he lost his wife Rachel in the ensuing chaos. He never saw her again.

“Which normal human being could have imagined this? How could the world allow us, honest citizens of the Netherlands, to be treated like vermin?” His  question lingered amongst the pillars of the church. I don’t have the answer. I still don’t.

What I also remember is his account of what happened before his journey. Following a razzia, he and his wife and many hundreds of others were taken to Muiderpoort station. I can still hear him saying: “Hundreds of onlookers were witness to the heavily guarded trams overflowing with people passing them by and didn’t protest once.”

Sobibor began in the Vondelpark. With a sign saying: ‘Jews Not Wanted”. Certainly, there were many people who protested. Men and women who took action, bravely going against the current and putting their own safety on the line for the sake of others.

I also think of all the civilians and military who fought for our freedom.
Of all the young soldiers who lost their lives on the Grebbelinie in May.
The military who served our Kingdom in the Dutch Indies and paid for it with their lives.
The members of the resistance who were shot dead on the Waalsdorpervlakte or were treated inhumanely in labour and concentration camps.
The military who didn’t return from peace-keeping operations or were severely injured during them.
True heroes who were prepared to die for our freedom and our values.

But there is also a different reality. Fellow human beings, fellow citizens in need, felt abandoned, unheard, and unsupported, if only by words. Also from London, and by my great grandmother, despite her unwavering and fierce opposition. This is something that won’t let go of me.

The impact of war lingers on for many generations. Even now, 75 years after our liberation, it remains with us. The least we can do is: not look away. Not justify. Not erase. Not brush aside. Not make something ‘normal’ that is not. And: nurture and defend our free, democratic constitution. Because only that is what will protect us from terror and insanity.

Jules Schelvis went through hell and somehow managed to make something of his life as a free person. Much more than that. “I kept my faith in humanity”, he said. If he could do that, then so can we. We can do it, and do it together. In freedom.