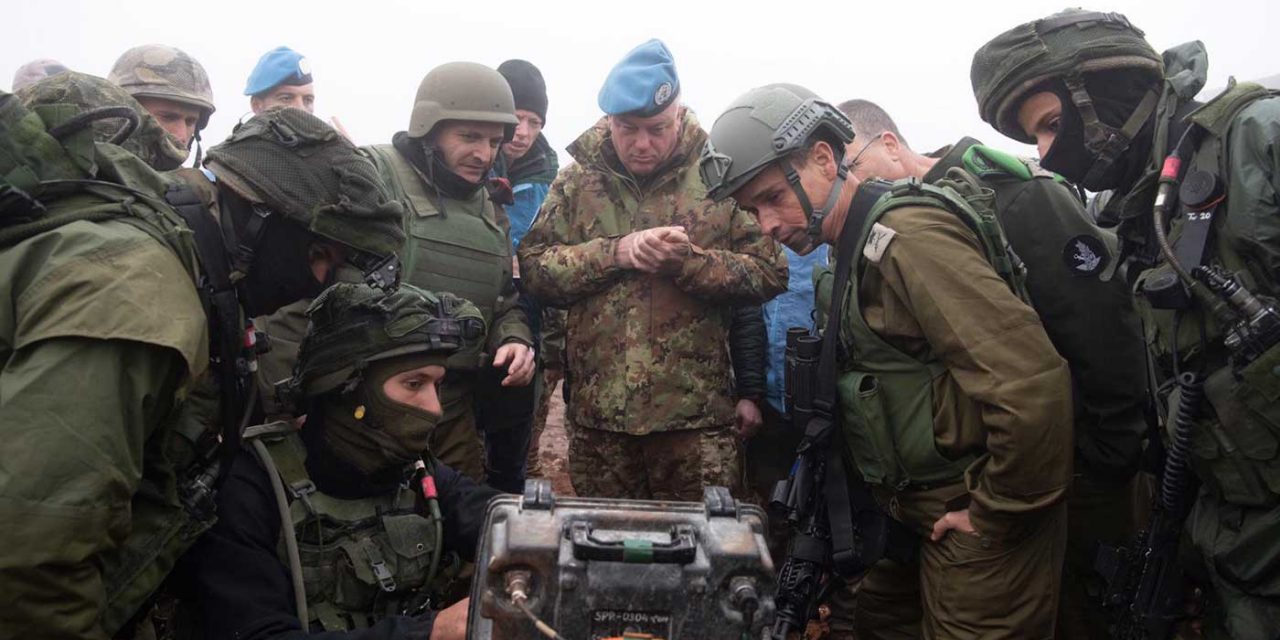 The United Nations peacekeeping force in Lebanon has sided with Israel and confirmed the existence of Hezbollah tunnels in breach of UN resolutions and international law.

On Sunday, Israel announced the discovery of the fourth terror tunnel dug by Hezbollah into Israeli territory. Although this latest tunnel did not pose an imminent threat to Israel’s security, the IDF said, it is “another blatant breach of UN Resolution 1701 and of Israeli sovereignty”.

In the past, and to their shame, UNIFIL (The United Nations Interim Force in Lebanon) has routinely rejected Israel’s claims that Hezbollah is breaching UN resolutions. A demonstration of yet more anti-Israel bias from the global body. However, thanks to evidence supplied by Israel, which UNIFIL commanders were shown (pictured above), the UN force appears to be changing its tune.

On Monday, UNIFIL confirmed the existence of four tunnels and said at least two tunnels had crossed into Israel and therefore breached UN resolution 1701. They noted this was “a matter of serious concern”.

“UNIFIL has been actively following up on developments relating to the discovery of tunnels along the Blue Line by the Israel Defense Forces (IDF).

IDF has informed UNIFIL that they have so far discovered four tunnels along the Blue Line.

UNIFIL technical teams have undertaken a number of site inspections south of the Blue Line in order to ascertain the facts.

Based on UNIFIL’s independent assessment, UNIFIL has so far confirmed the existence of all the four tunnels close to the Blue Line in northern Israel.

After further technical investigations conducted independently in accordance with its mandate, UNIFIL at this stage can confirm that two of the tunnels cross the Blue Line. These constitute violations of UN Security Council resolution 1701.

This is a matter of serious concern and UNIFIL technical investigations continue.

UNIFIL has requested the Lebanese authorities to ensure urgent follow-up actions in accordance with the responsibilities of the Government of Lebanon pursuant to resolution 1701.

The situation in UNIFIL ‘s area of operation remains calm. UNIFIL’s leadership is fully engaged with the parties to ensure stability along the Blue Line and prevent misunderstandings in order to keep the area of operation calm.”

Press Statement: #UNIFIL statement on the discovery of tunnels along the Blue Line in south #Lebanon 🇱🇧: https://t.co/W77lH2apSA