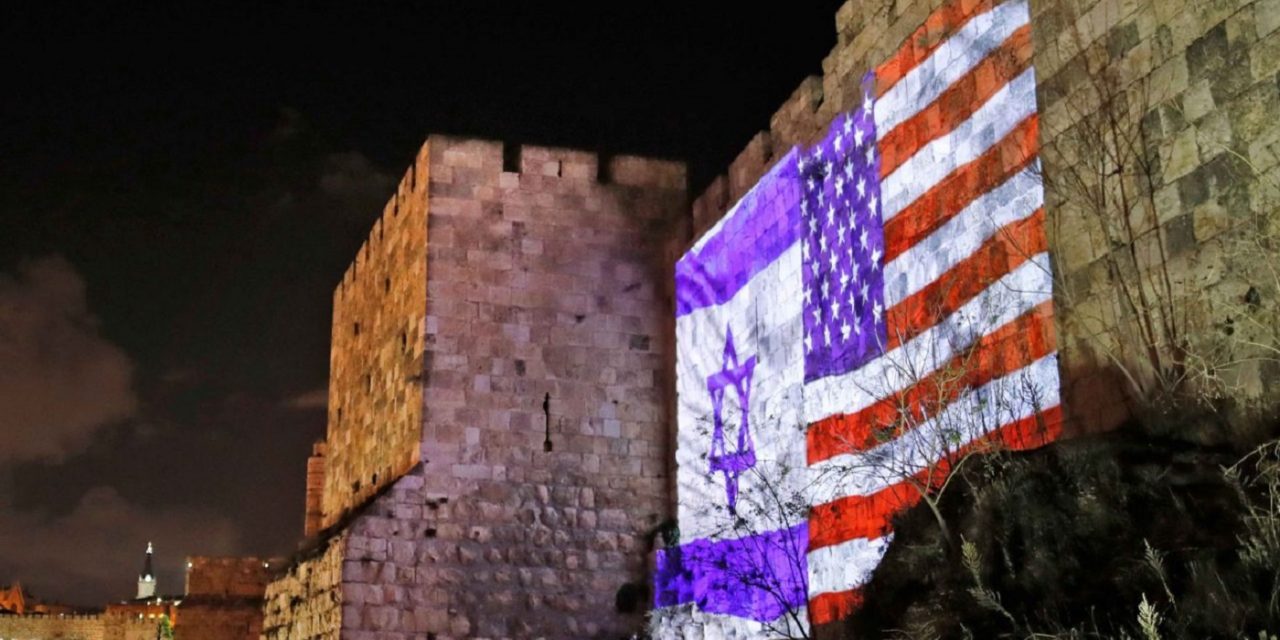 The ancient walls of Jerusalem’s Old City were lit up with images of the American and Israeli flags Wednesday as a ­token of appreciation of President Trump’s decision to formally recognise Jerusalem as Israel’s capital.

The US and Israeli flags were lighting the walls of the Old City of Jerusalem as a show of #appreciation to @realDonaldTrump for his recognition of #Jerusalem as #Israel's #capital. https://t.co/KSvbkfJtIk
Please pray for the #peace of #Jerusalem. pic.twitter.com/Cu1DpE0gV8

The Mayor of Jerusalem led the city in expressing appreciation to President Trump:

#Jerusalem thanks you @realDonaldTrump! pic.twitter.com/LI5Nj02Q8I

The official Twitter page for the city of Tel Aviv, however, had something more light-hearted to communicate to Jerusalem in their congratulations.