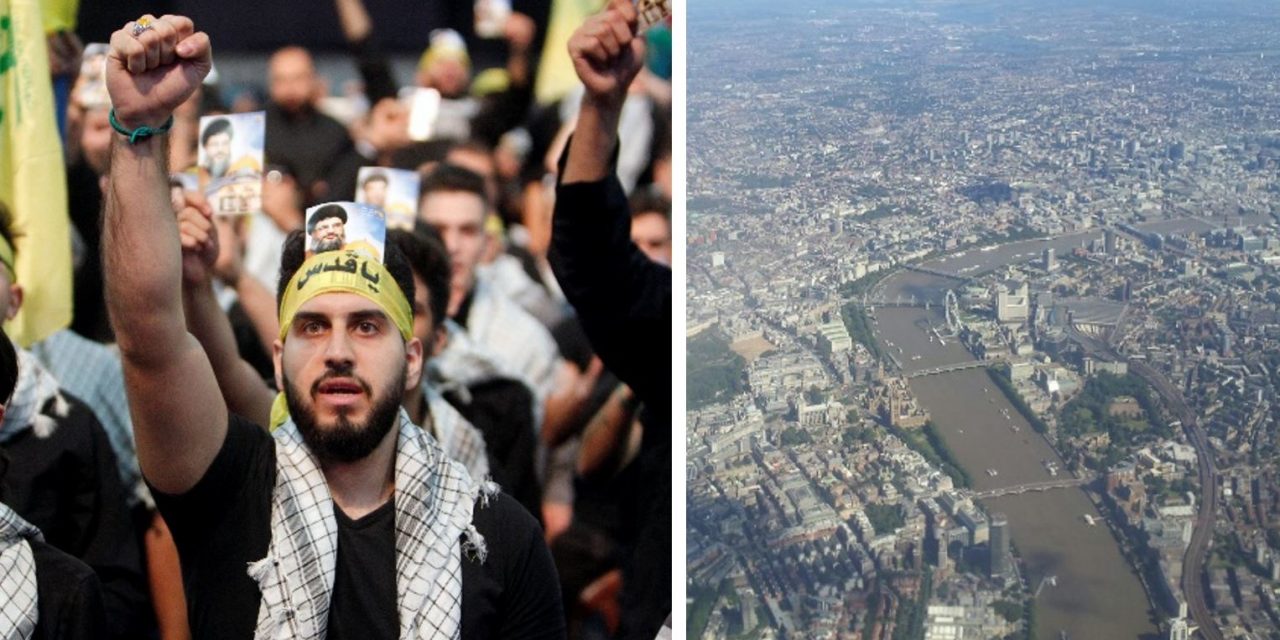 Hezbollah kept three metric tons of ammonium nitrate in a storehouse in London, until MI5 and the London Metropolitan Police found it in 2015.
Lebanese authorities are reporting that the site of the explosion contained a storage of  2,750 tons of ammonium nitrate, apparently confiscated from a ship. The material, which is a component of fertiliser is also used for bomb making.

Whilst the exact cause of Tuesday’s huge explosion in the Port of Beirut hasn’t yet been confirmed, links between the explosion site and Lebanese-based terror group Hezbollah haven’t been ruled out.

The Lebanese terrorist group also stored hundreds of kilograms of ammonium nitrate in southern Germany, which were uncovered earlier this year, reports the Jerusalem Post.
The Iran-backed terrorists kept the explosive in thousands of ice packs in four properties in northwest London. The ice pack deception tactic was used in Germany, as well.

A source was quoted in The Telegraph at the time saying the ammonium nitrate was to be used for “proper organized terrorism” and could have caused “a lot of damage.”

CUFI reported last year that the MI5 and the Metropolitan Police raided four properties in North West London in 2015 after receiving a tip from a foreign intelligence agency. They discovered thousands of disposable ice packs containing ammonium nitrate, which is a common ingredient in homemade bombs.

A man in his forties was arrested, according to The Telegraph, on suspicion of plotting terrorism, but was eventually released without charges. The paper quoted “well placed sources” as saying that “the plot had been disrupted by a covert intelligence operation rather than seeking a prosecution.”

The Telegraph said its information came after a three-month investigation in which more than 30 current and former officials in Britain, America and Cyprus were approached and court documents were obtained.

Sources told The Telegraph that the UK plot was at a very early stage and no targets had been selected. It said UK intelligence used to opportunity to try and establish what Hezbollah was up to and so did not disrupt it immediately.

In 2019, the UK banned Hezbollah, making it a criminal offense to support or be a member of the group, carrying a sentence of up to 10 years in prison, although at the time CUFI raised concerns regarding why it took four years for Hezbollah to be banned outright in the UK, despite authorities’ knowledge of the plot along with other clear evidence that Hezbollah was and remains a threat to the UK.
Then-home secretary Savid Javid said the Lebanese terrorist group “is continuing in its attempts to destabilize the fragile situation in the Middle East – and we are no longer able to distinguish between their already-banned military wing and the political party. Because of this, I have taken the decision to proscribe the group in its entirety.”
The “Port of Hezbollah”
In July 2019, the then Israel Ambassador to the United Nations, Danny Danon, shared Israeli intelligence information with the UN Security Council showing Iran-backed Hezbollah’s exploitation of the civilian maritime channels, specifically the Port of Beirut, which he described as the “Port of Hezbollah”.

“In the years 2018-2019, Israel found that dual-use items are smuggled into Lebanon to advance Hezbollah’s rocket and missile capabilities,” Danny Danon revealed to the Security Council.

Danon said that Iran’s Quds Force of the Islamic Revolutionary Guards Corps (IRGC), which directs Iranian interventions abroad, had begun “to advance the exploitation of the civilian maritime channels, and specifically the Port of Beirut.”

“The Port of Beirut has become the Port of Hezbollah,” Danon said.