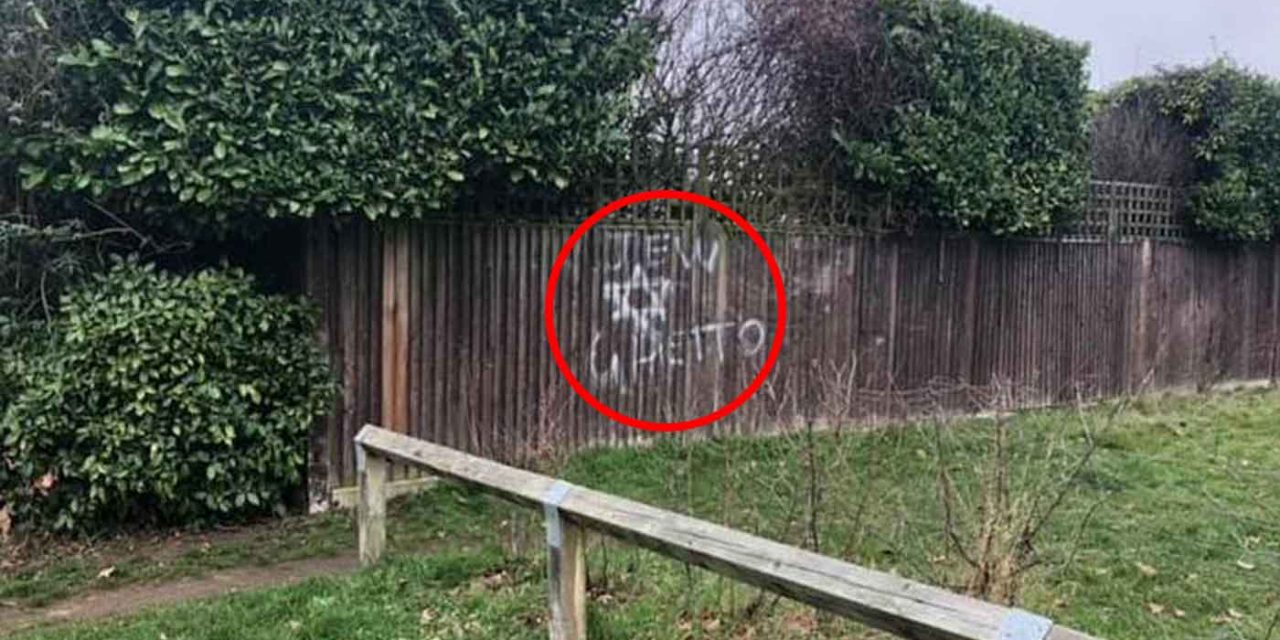 Anti-Semitic graffiti was daubed in Shenley, Hertfordshire over the weekend leaving residents “sickened” and prompting a police investigation.

Hertfordshire police are treating the incident as “religiously aggravated criminal damage” after anti-Semitic graffiti was found in three locations within the village. The graffiti included a Star of David and the words “Jew Ghetto”.

Shenley, a village near Borehamwood and Radlett, has a population that is approximately 20 per cent Jewish, according to the JC.

People have condemned the graffiti describing it as “disgusting”, including Michelle Spevick, who said she was “sickened” by the act.

Ms Spevick, who lives in Shenley, said: “As a descendant of families pretty much wiped out in the Holocaust, I am sickened by this graffiti. I doubt the person who did this feels remorse or shame but they badly need educating. Having happily lived in this lovely, peaceful, warm, and open community for 15 years, I am just so sad at this.

“The graffiti is not representative of the Shenley community where there is a great deal of multicultural respect, support and understanding.”

Cllr Anthony Spencer, who represents Shenley, has called on police to press charges against those responsible.

He said: “I’m quite shocked at this and I hope the police do catch the people that did it and would educate them to stop doing it. There should be a reaction from police and I would want them to press charges.

“This is a multicultural area. I’ve lived in Shenley nearly 18 years and never seen anti-semitic daubing of this nature. I regard this as something quite serious. It’s stupid behaviour and has to be addressed and dealt with.”

A spokesperson for Hertfordshire Police confirmed that officers are treating the graffiti as  “religiously aggravated criminal damage.”

“We received a report about graffiti on a fence in Porters Park Drive, Shenley, at 9.18am today,” a spokesperson said on Monday.

“The fence is owned by Shenley Park Trust and they are being informed so that the graffiti can be removed.

“Officers have also been informed of two other graffiti incidents using the same phrase and symbol, which have been sprayed onto a fence at Shenley Chapel in Porters Park Drive and also onto the Chapel wall itself.

“If anyone saw anything suspicious in the area or has information that may assist the investigation they are asked to contact police by calling the non-emergency number 101, quoting ISR 137 of January 7 or report information online.”