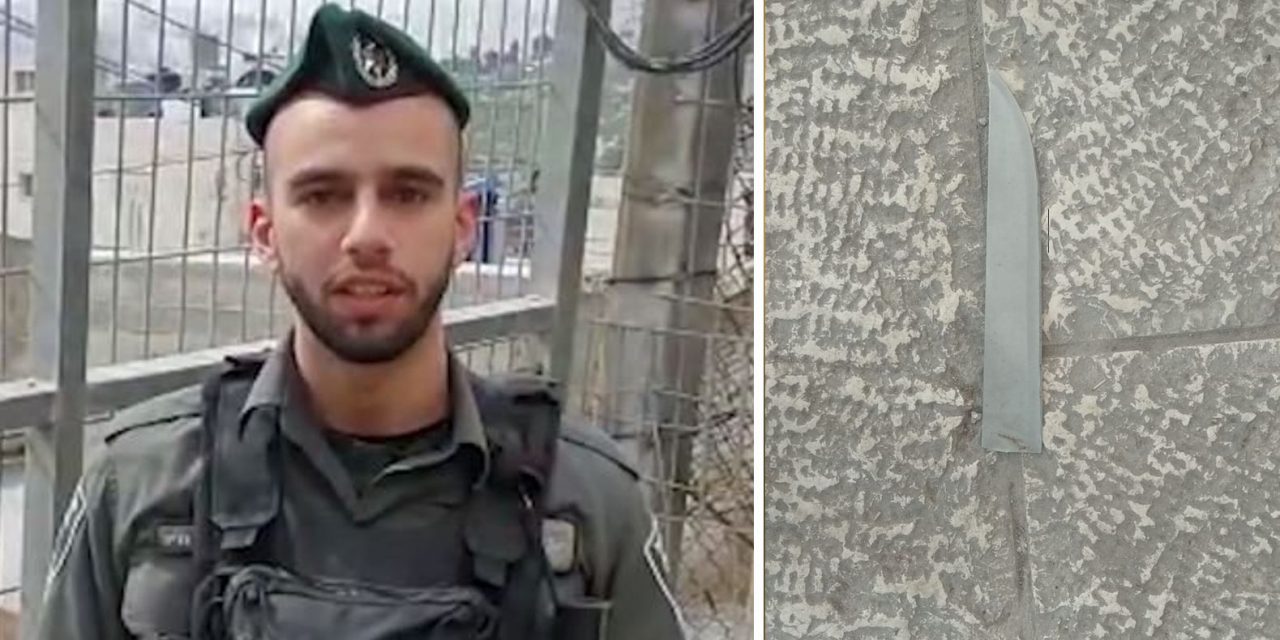 An Israeli border police officer has been praised for stopping an Arab terrorist in a knife attack at the Tomb of the Patriarchs.

The terrorist, 19, from the village of Ramadin, was stopped at one of the entrances to the holy site for a routine security inspection.

The terrorist passed the inspection but he still shook, according to Border Policeman Sergeant Shadi Hir, who carried out the security check. “Then I decided to do a more careful inspection,” Hir said.

“As I accompanied him to the inspection, he spun around, drew a knife and tried to stab me,” Hir said.

The knife broke against Hir’s protective vest. He struggled with the terrorist and subdued him. A second border policemen ran up with a gun to help.

The Border Police said in a statement: “Sergeant Shadi’s resourcefulness and his determined struggle against the terrorist is what led to his arrest and the fact that the incident ended without casualties, The Border Police adds that the fighters will continue to work resolutely for the lives of visitors and worshipers who visit the site.”

Video: Stabbing attack in the vicinity of Al Ibrahimi Mosque in Hebron Old City. No injuries among ISF personnel. The Palestinian was arrested by ISF pic.twitter.com/0wWxrAE9Ni