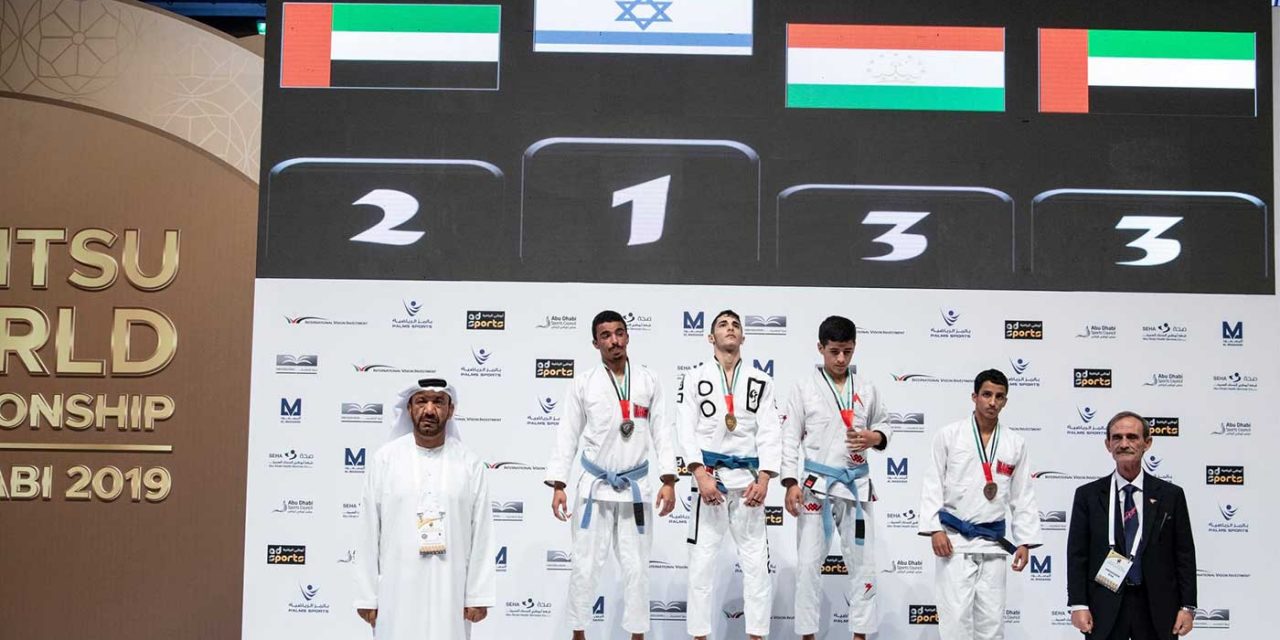 Israel’s national anthem was played in an Abu Dhabi arena on Saturday after 17-year-old Alon Leviev took gold in the junior category at the Ju-jitsu World Championship, the latest instance of a sea change in the Gulf Emirate where Israeli symbols were banned just a few years ago.

Leviev, who competes in the 55-kilogram-and-under weight category, beat an athlete from Abu Dhabi in the final, having overcome competitors from Pakistan, Kazakhstan and Tajikistan.

Following the medal distribution, the tournament presenter announced, in English, “Congratulations, and now for the national anthem of Israel” after which the “Hatikva” melody began playing.

Last year the United Arab Emirates reversed its policy of banning athletes from the Jewish state from using Israeli symbols such as the flag and anthem at tournaments after an outcry.

This led to Israel’s national anthem being played publicly in a Gulf state for the first time when Israeli judoka Sagi Muki won the Abu Dhabi Grand Slam last October.