Hamas mocked for using a map that recognises Israel 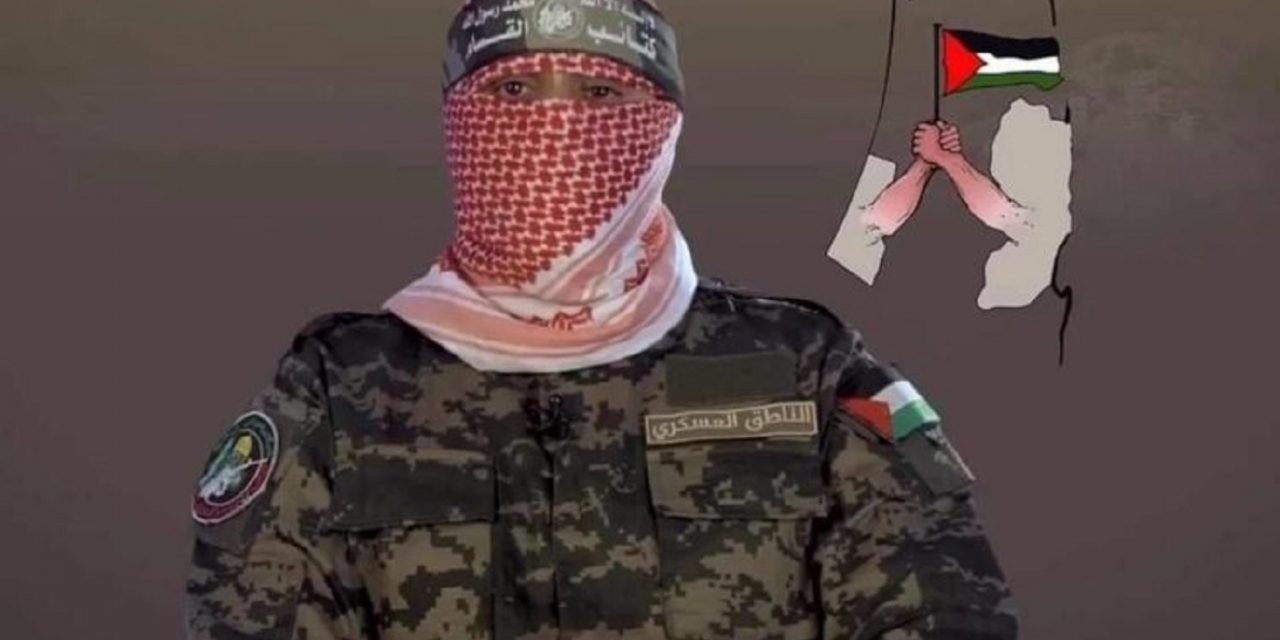 Hamas was left embarrassed after displaying an image that inadvertently suggested recognition of Israel.

Spokesman for the terror group that runs the Gaza Strip said in a speech broadcast on Palestinian television that it views Israel’s intentions to extend its sovereignty over parts of the Jordan Valley, Judea and Samaria as a declaration of war.

However, the director of the Media Center at the Palestinian An-Najah University in Nablus mocked Hamas for the graphic appearing on the TV screen behind Abu Obeida, showing arms that joined Hamas in Gaza with its supporters in Judea and Samaria – with the obvious implication that the rest of the map is Israel, something that Hamas normally refuses to acknowledge.

“It is good that Hamas is sending its messages from its military wing to the world that it accepts the borders of 1967, but this map with this strange design is considered a disaster,” Ghazi Mortaja tweeted.

Hamas and the mainstream Fatah party of Palestinian leader Mahmoud Abbas both refer to ‘Palestine’ as being “from the river to the sea,” meaning that all the land between the Jordan River and the Mediterranean Sea is theirs, with no place for Israel.

In the Hamas televised threat, Abu Obeida said, “The resistance considers the decision to annex the West Bank and the Jordan Valley a declaration of war on our people, and we will make the enemy bite the fingers of remorse for this sinful decision.”