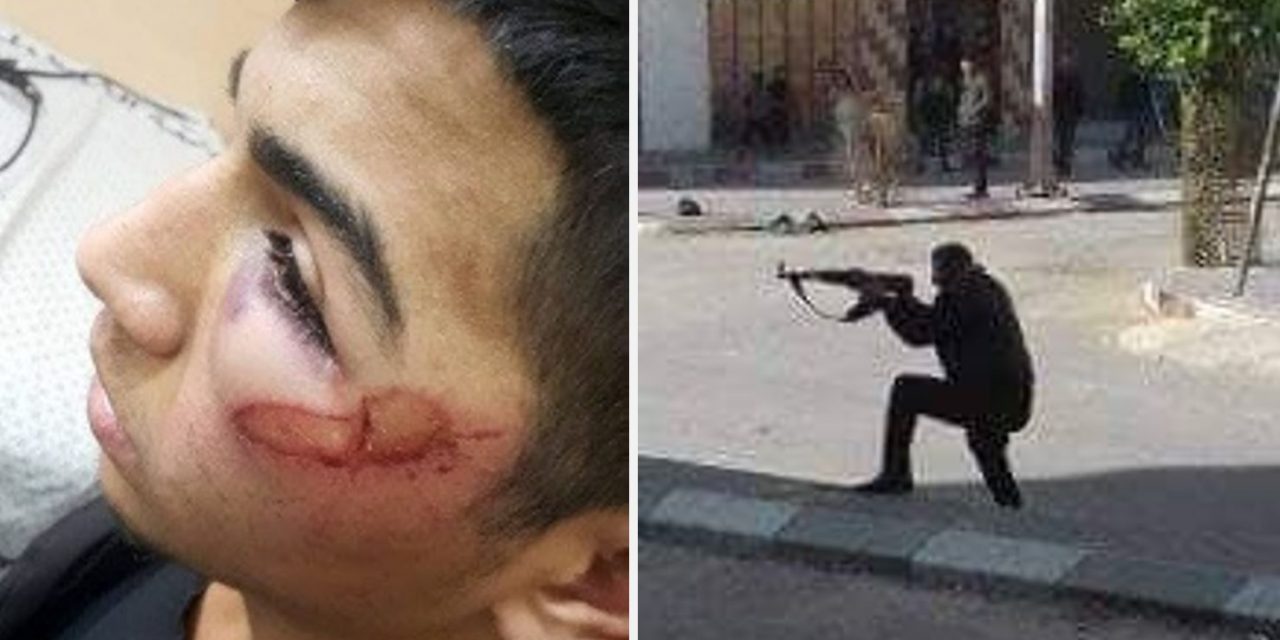 Hundreds of Palestinians have continued to take to the streets of Gaza this week to protest living conditions under the terror regime’s 12 year rule.

Hamas has responded with heavy-handed tactics, having arrested dozens of protesters, beaten activists and violently suppressed attempts by local media to cover the unrest.

✊Why are so-called Palestine solidarity activists not showing solidarity with the Palestinian people’s resistance?

Protesters accuse Hamas of corruption and imposing the hefty taxes to enrich itself. They used social media to organise protests last week with the slogan “We want to live!”

The protests come just as Hamas marks the one-year anniversary of its weekly demonstrations along the frontier with Israel.

This is not the first time people have taken to the streets against Hamas. Two years ago, protesters demonstrated against the chronic power cuts on a cold January day before Hamas violently dispersed them. This time around, the sporadic rallies have continued for five days, despite a similarly violent response.

“These protests were the largest, the longest and the most violent in terms of Hamas’ suppression,” said Mkhaimar Abusada, political science professor at Gaza’s Al-Azhar University.
“This was a message of anger to Hamas that the situation is unbearable and that it must reconsider all its policies,” he added.

On Monday, even Amnesty International reported that hundreds of protesters have been beaten, arbitrarily arrested, tortured and subjected to ill-treatment.

Some of the footage circulating on social media show student groups being beaten and civilians being shot at with live fire.

Students protest Hamas and receive beatings in response. This is the Palestinian leadership in #Gaza today. pic.twitter.com/9acPfEoiZZ

Meanwhile, Jerusalem Post reports that more than 70 Palestinian journalists have been targeted by Hamas during the recent protests.

Mohammed Al-Lahham, as senior official with the Palestinian Journalists Syndicate, said he believed that the number of journalists who were arrested, beaten or summoned for interrogation by Hamas security forces in the past week was much higher than the figures published thus far.

Several Palestinian journalists who fell victim to Hamas’s tough security measures have refused to have their names published by the Ramallah-based syndicate out of fear of being punished by Hamas, the official revealed.

Hamas' terrorists have brutaly beaten up hunderds of Gazans, including children, who protested against its corruption and oppresive rule.

Hamas thugs also used live fire to disperse the protesters in order to soak the protests in blood.#بدنا_نعيش #الترنس_يجمعنا pic.twitter.com/JNq8ftLRpa

“We have collected testimonies from several journalists who were subjected to various forms of assaults, including arrests, beatings, confiscation of equipment, raids on their homes and threats,” Latham said. “A number of journalists have been placed under house arrest and warned not to cover the protests. This ban has affected hundreds of media organisations in the Gaza Strip and is a sign of the magnitude of Hamas terror and intimidation against the media.”

Hamas, he added, has also been threatening families of journalists who are currently working outside the Gaza Strip.

SHOCKING: More footage has emerged of Hamas security forces violently clamping down on Palestinian civilians in Gaza that are protesting the oppressive regime at the weekend. The protesters are unhappy with the quality of life under Hamas. In return they are being shot at and beaten.Meanwhile, the UNHRC is holding an appalling anti-Israel bashing session whilst IGNORING Hamas terror against Israel and the Palestinian people.

Posted by Christians United for Israel – UK on Tuesday, 19 March 2019