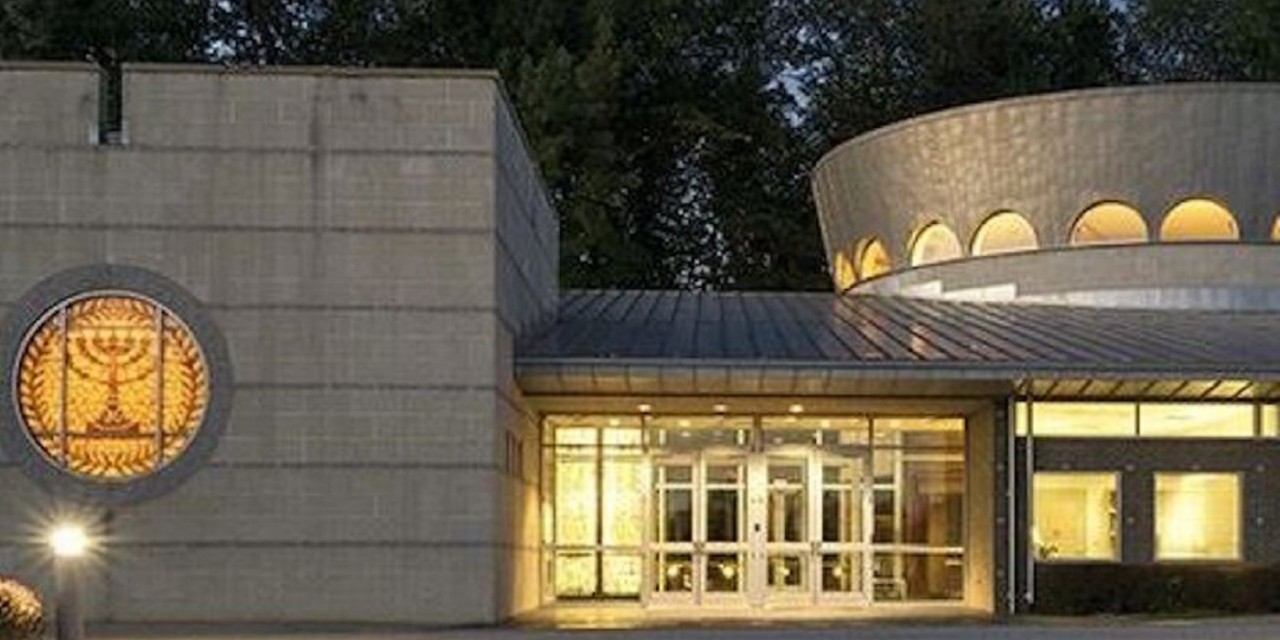 A gunshot was fired through a Hebrew school classroom window at an Indiana synagogue.

The bullet hole was discovered late Monday at Adath B’Nai Israel Temple in Evansville. The apparent attack was reported to police on Tuesday morning, according to reports.

Rabbi Gary Mazo told the Indianapolis Star that the shooter would have had to walk around to the back of the building and fire into the classroom from the playground. The attack is believed to have occurred on Sunday night.

“We’re in this climate now where acts of hate are happening everywhere,” the rabbi told the newspaper.

The Evansville Police Department and the FBI are investigating the incident.

Evansville Mayor Lloyd Winnecke visited the Conservative synagogue Tuesday morning and issued a statement condemning the attack and calling it “a disgusting act of hate and bigotry that cannot be tolerated.”

He added: “Our community must come together in support of religious freedom and stand together with our Jewish brothers and sisters.”

Indiana is one of five states that does not have a hate crimes law.

The incident occurred a day after proposed hate crimes legislation died in the Indiana state legislature and after the Indianapolis Jewish Community Center received a bomb threat, one of 28 JCCs and Jewish schools targeted that day across the country.