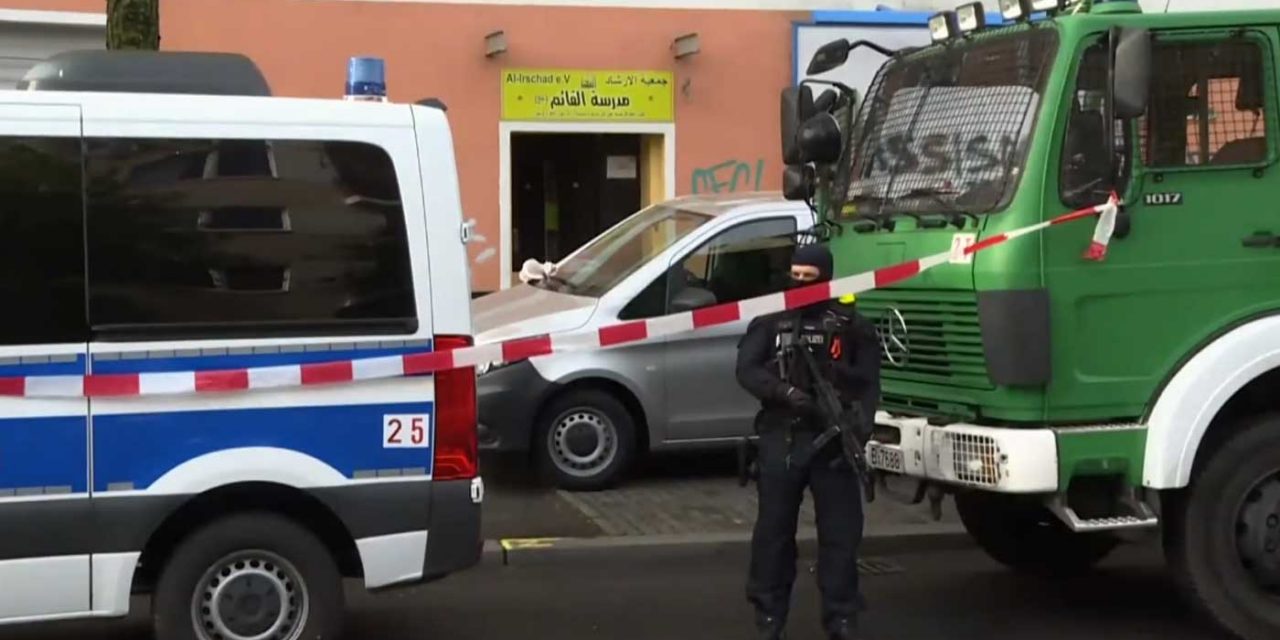 Armed German police have raided four mosques in Germany suspected of having links to the Hezbollah terrorist organisation after the country outlawed the terror group in its entirety on Thursday.

On Thursday, Germany outlawed the Lebanese based terrorist organisation Hezbollah which is controlled and funded by the Iranian regime. As a result, a number of police raids took place around the country. Mosques in Berlin, Dortmund, Bremen and Muenster were reportedly targeted by the raids.

The properties are suspected of having links to Hezbollah, including support for the terrorist organisation and raising funds for the terror group. The authorities also believe Hezbollah used the locations as safe havens for sheltering wanted criminals and planning terror attacks.

“The organization is therefore fundamentally against the concept of international understanding, regardless of whether it presents itself as a political, social or military structure,” the ministry said.

“Its violent denial of the right to exist of the State of Israel also fundamentally opposes Germany’s national ethos,” another Interior Ministry document states.

According to the German Ministry of the Interior, the ban means Hezbollah symbols cannot be shown at gatherings and in publications or in the media and Hezbollah assets can be seized.

Banning Hezbollah is “significant in the world battle against terror,” Katz added. “I want to express my appreciation to the German government for this step and am certain many governments in the Middle East and victims of Hezbollah’s terrorism share my gratitude.”

Katz called on additional European states and the EU to follow Germany’s lead and say that “Hezbollah, its military and political arms, is a terrorist organization and must be treated that way.”