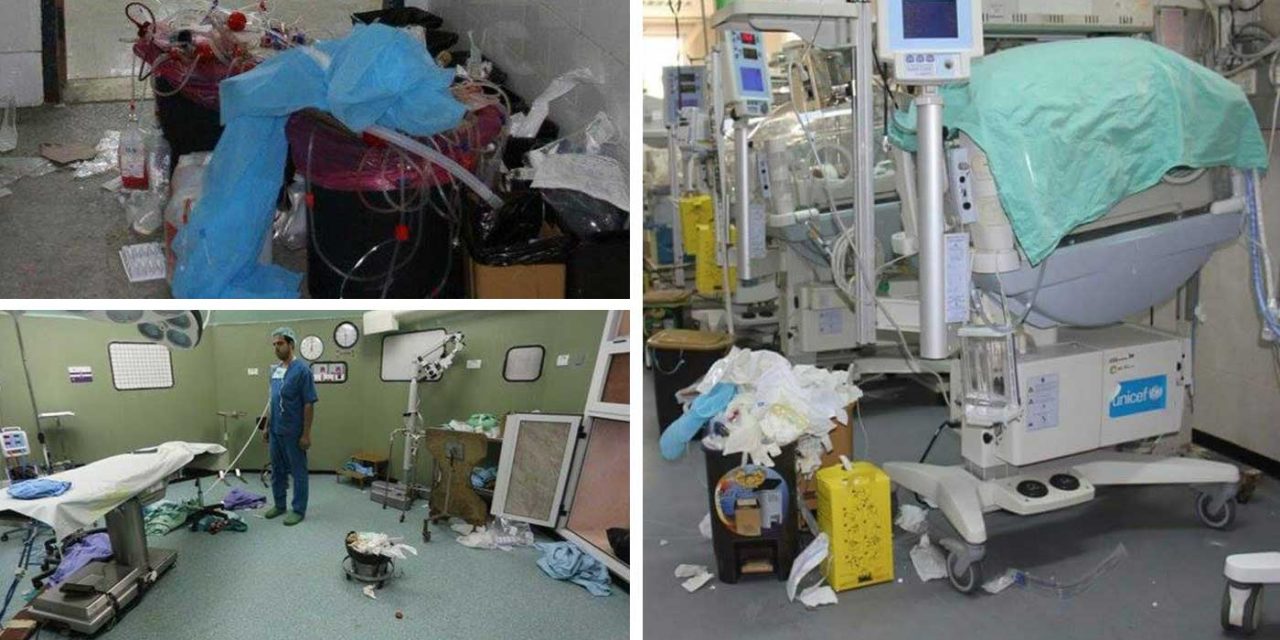 On Tuesday the Al-Shifa Hospital, Gaza’s largest medical centre, stopped providing medical services for Gazans for the first time since it opened in 1964.

The decision to halt medical services was made following a strike by the hospital cleaning staff that began the previous day. The reason for the strikes is that the Palestinian Authority has refused to pay salaries to the cleaning staff.

The shocking thing is that these staff receive just £180 per month as their salary, and the funding should be covered as it comes from foreign aid from places such as the European Union.

The total bill for the cleaning staff in all of Gaza’s hospitals comes in at around £189,500 ($267,000) per month. This should be no problem to pay since the Palestinian Authority just spent £35 million ($50 million) on a new private jet for Mahmoud Abbas – enough money to pay all the cleaning staff in Gaza’s hospitals every month for the next 15 years!

More than 200 surgeries have so far had to be cancelled. One of the pictures above shows incubators for premature babies surrounded by piles medical waste. As premature babies are more susceptible to infection, this is an extremely worrying sight. Not to mention all the other patients in the hospital who are now at risk due the PA’s actions.

Will we now see the international community, which has been silent on the corruption of the Palestinian leadership so far, speak out and condemn Abbas and his cronies for putting innocent lives at risk due to their selfish corruption?

It is time for the world to wake up and take action.