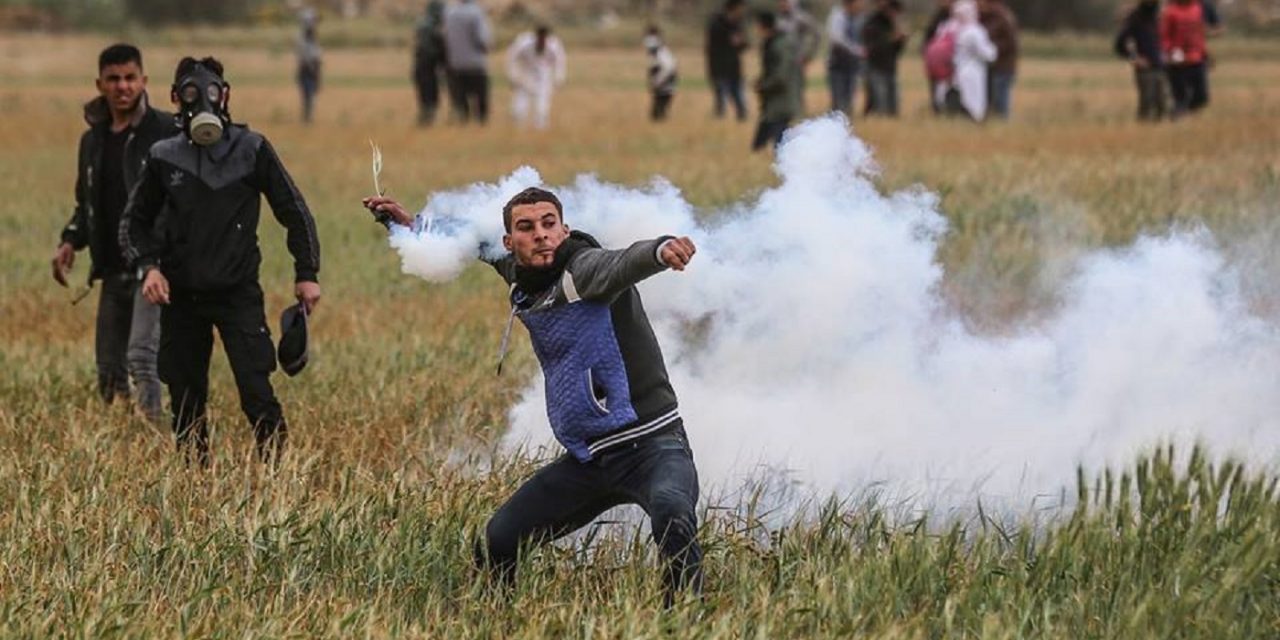 Approximately 40,000 violent rioters protested at the Gaza border last Saturday with some armed with knives, explosives, and grenades.

Video footage shows dozens of rioters attempting to breach Israel’s border during the protests that marked one year since the start of the Hamas-led “March of Return”.

Meanwhile, on Sunday, five rockets were fired into Israel from Gaza prompting the IDF tanks to strike a number of Hamas military posts.

Despite the violent scenes, the situation didn’t escalate to levels seen one year ago. This was partly due to efforts by organisers to maintain a pledge made to Egyptian negotiators to keep crowds away from the border fence.

Hamas officials say that Israel is offering a package of economic incentives in exchange for calm along the volatile border.

Khalil al-Hayya, a senior Hamas official, said the group had received “positive signs” from the Egyptians. He added that the Egyptian team was to return to Israel on Sunday to continue the talks. “We will continue our marches until all our goals are achieved,” he said.

Most demonstrators kept their distance from the border, though small crowds of activists approached the perimeter fence and threw stones and explosives toward Israeli troops on the other side, who were well prepared having sent reinforcements to the region days before. Four Palestinian rioters were killed.

HAPPENING NOW: 40,000 violent rioters in Gaza, some armed with knives, explosives, and grenades, are attempting to breach Israel's border and reach Israeli families on the other side of the fence. If our soldiers weren't there, they could. pic.twitter.com/Zy61KkbiYb