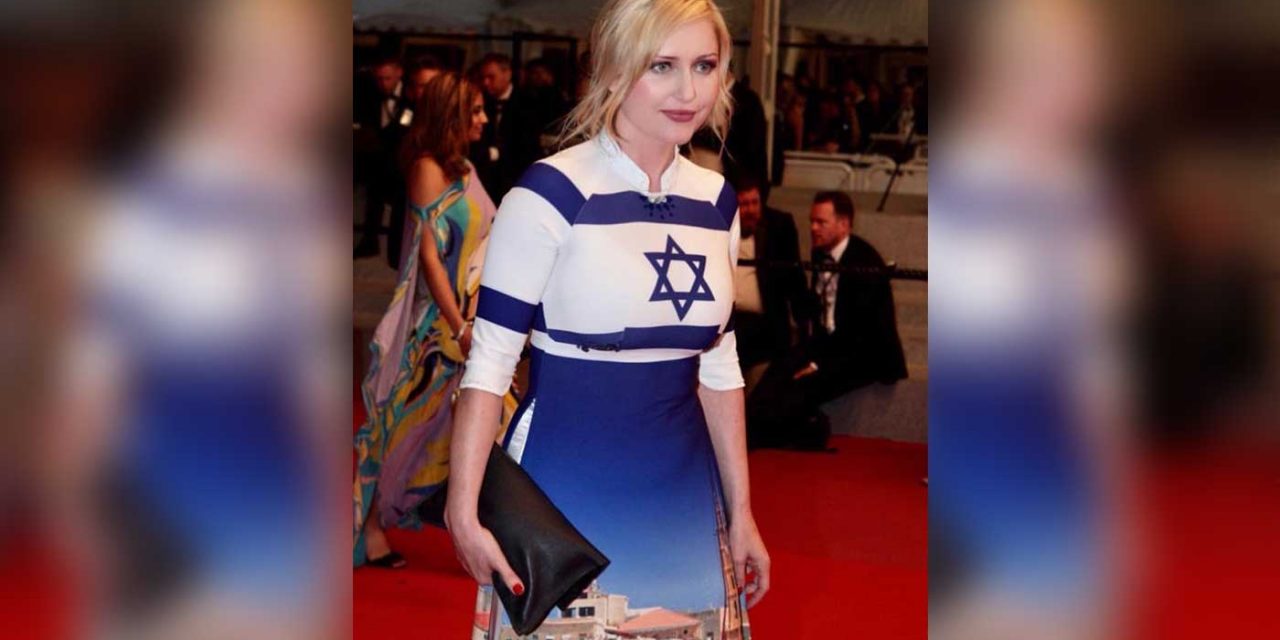 French-Polish actress, Monika Ekiert, graced the red carpet of the Star Wars premiere at the Cannes Film Festival wearing a dress adorned with the Israel flag and images of Jerusalem.

The actress showed her support for Israel and provoked the anti-Israel BDS.

The dress was designed by celebrity fashion designer Do Trinh Hoai Nam, from Vietnam.

The dress was similar to one worn by Israeli Culture and Sports Minister Miri Regev at the Cannes festival last year. Regev’s dress featured the skyline of Jerusalem.

Posted by Christians United for Israel – UK on Thursday, 18 May 2017