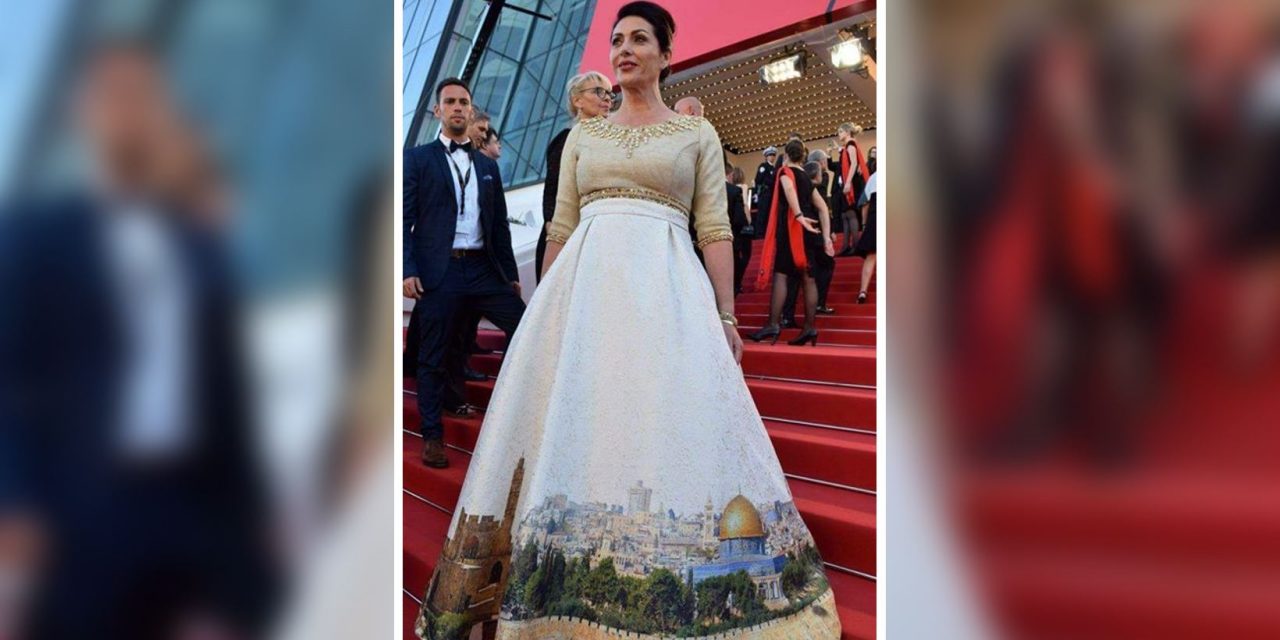 Israel’s Culture Minister Miri Regev has worn a dress emblazoned with a panorama of Jerusalem at the opening of the Cannes Film Festival.

Regev stole the show as she stood on the red carpet at the prestigious festival on the French Riviera wearing a conceptual dress depicting the city on a white background circling the bottom of the skirt.

Onlookers stopped to take photos of the dress, made of gold and white fabric representing the city of gold, which had pictures of the Western Wall, the Tower of David and the Dome of the Rock and the city’s modern downtown around the lower third.

According to Israeli fashion designer, Arik Aviad Herman, Regev planned the dress in advance to dedicate it to Jerusalem Day, which will begin next week, and to mark the 50th anniversary of the liberation of Jerusalem in the Six-Day War.

“This year we are celebrating 50 years since the liberation and reunification of Jerusalem,” said Regev, who commissioned the fashion statement. “I am proud to celebrate this historic date through art and fashion, and I am happy that this work by Israeli designer Aviad Herman is so moving and honours the beautiful status of our eternal capital Jerusalem.”

Herman thanked the minister for the opportunity “to express the celebrations of the city. For the past months I worked with uncompromising devotion to create this dress, along with my mother Sari,” he said, “and we are very proud of the result.”

Let us know what you think about the dress: Join the Conversation on Facebook