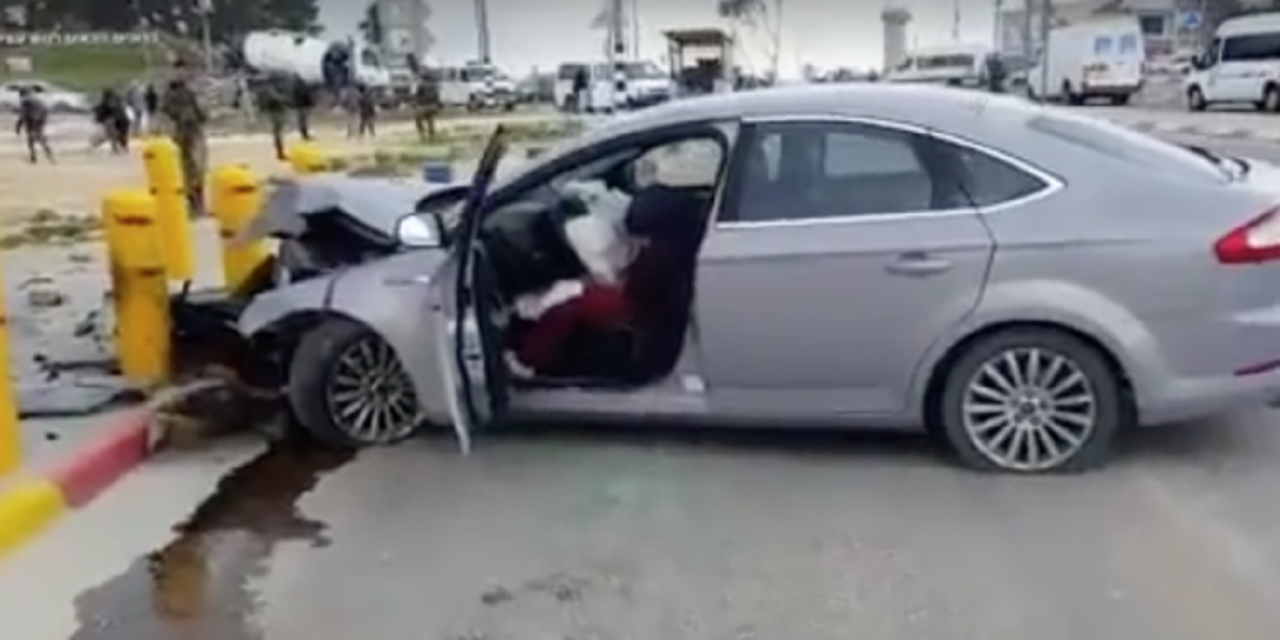 Israeli security forces shot a Palestinian female who crashed into a bus stop at the Gush Etzion junction in Judea, just south of Jerusalem, in an attempted car-ramming attack on Wednesday afternoon.

A number of civilians and soldiers were standing at the bus stop, but there were no reported injuries, apparently in large part due to the metal bollards that were in place near the curb of the street.

Magen David Adom said that a pregnant 28-year-old woman was transported to a hospital after experiencing a panic attack. The Palestinian driver was also transferred to hospital after receiving initial medical treatment from IDF medics.

WARNING: Some may find the footage of the car-ramming disturbing