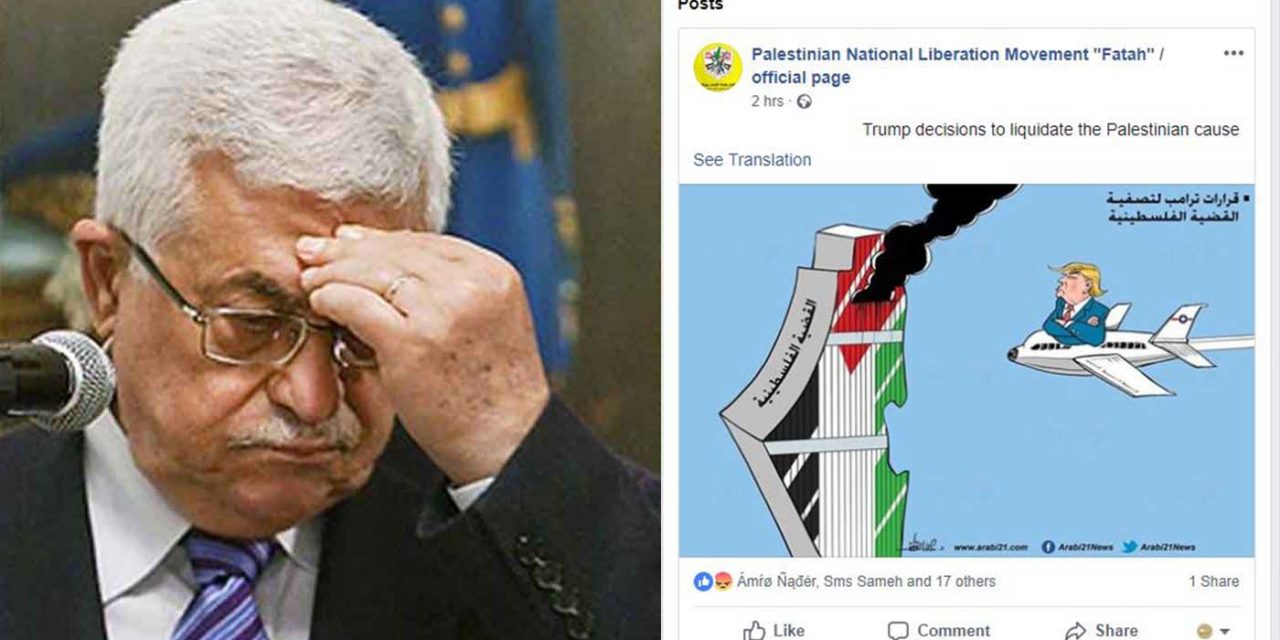 Mahmoud Abbas’s political party, Fatah, posted a disgusting cartoon to mark the anniversary of 9/11, mocking the murder of 2,978 people.

What’s most insulting is that the “Palestinian cause” was the main reason given by Osama bin Laden for the world’s most deadly terror attack.

The Official Fatah Facebook page posted the image which depicted President Donald Trump flying a plane towards a skyscraper that was shaped like Israel but had the Palestinian flag on it and in the depiction of a tower block that was smoking.

The picture was accompanied with the words, “Trump’s decision to liquidate the Palestinian cause” and appears to be in response to Trump’s recent decisions to reduce funding to UNRWA and close the Palestinian mission in Washington. 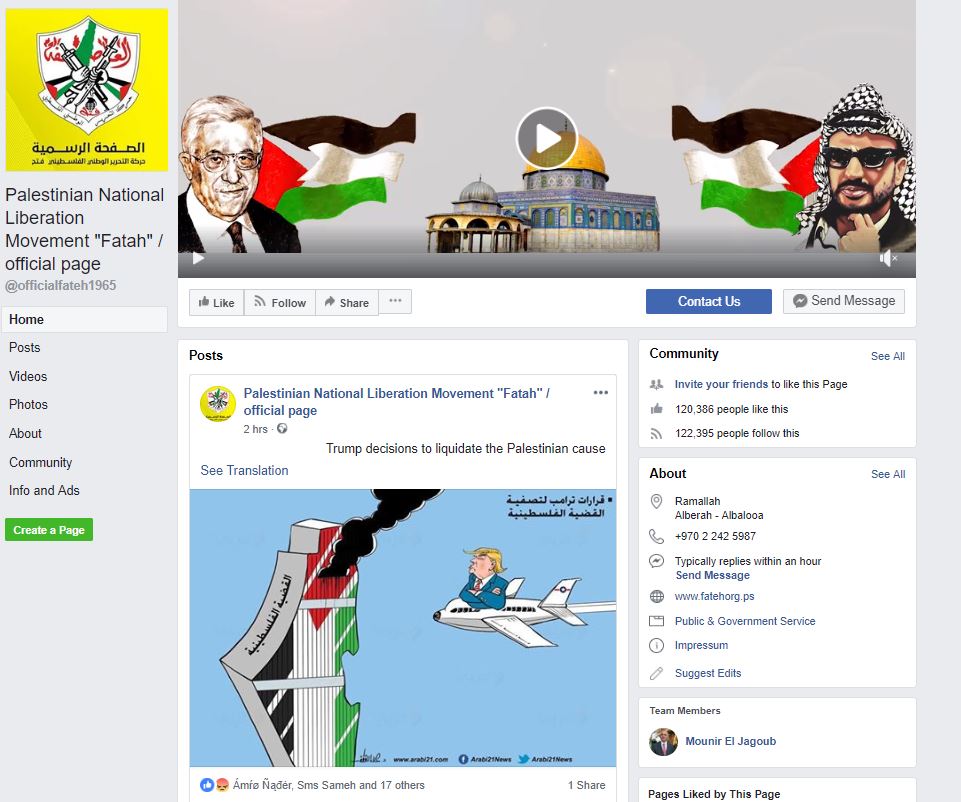 Whilst Fatah’s cartoon is shocking, it is unfortunately not surprising that the Palestinian Authority is belittling this tragedy in this way.

Below we detail some of the connections between the 9/11 attacks and the Palestinian cause, showing that the same hatred that afflicted America on that fateful day is the same hate that Israel is defending itself from today.

If the connection between Osama Bin Laden and the 9/11 attackers was ever in doubt, this year it was reported that Hamza bin Laden, the son of Osama, has married the daughter of Mohammed Atta, the lead hijacker in the 9/11 terror attacks.

Hamza bin Laden, like his father, is a leading figure in al-Qaeda and wants to avenge his father who was shot dead during a US military raid in Pakistan seven years ago.