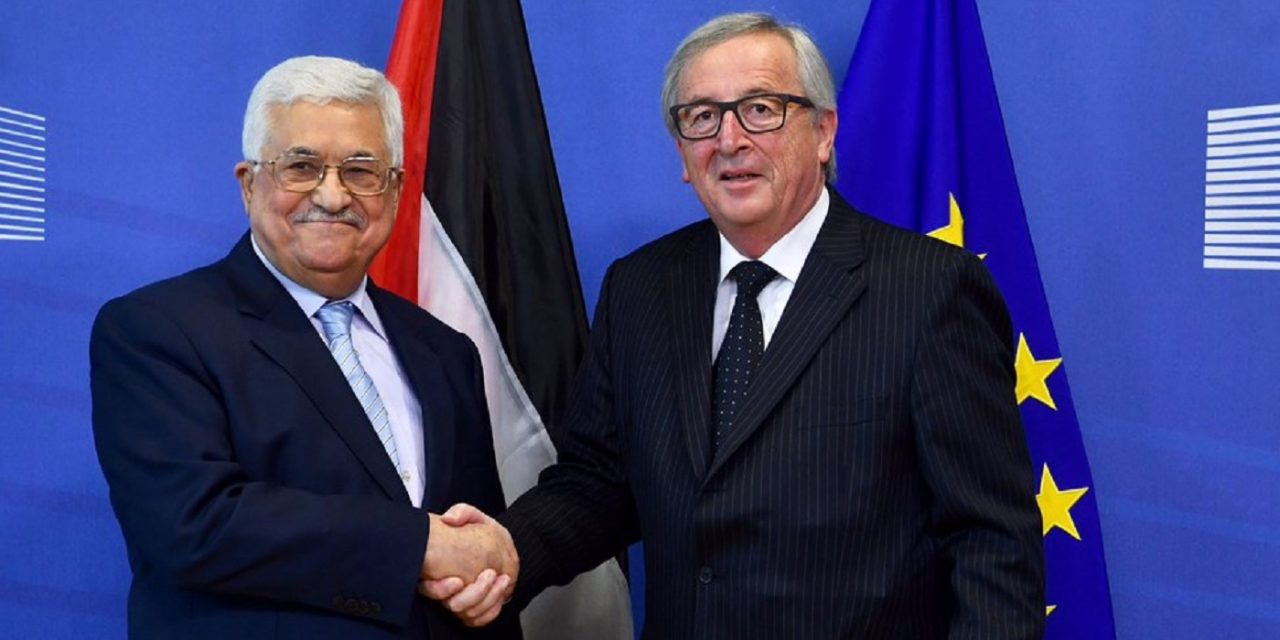 Happy to welcome President Abbas again – EU continues to work with partners for peace in the Middle East pic.twitter.com/wiRAT2I8PJ

The European Union’s (EU) Foreign Policy Chief Federica Mogherini said that reaching a lasting agreement between Israel and the Palestinians will remain a top priority.

“Peace between Israel and ‘Palestine’ is a top priority for the European Union and it will remain a top priority in our political agenda,” Mogherini stated in Brussels during a joint press conference on Monday with Palestinian Authority (PA) Chairman Mahmoud Abbas, following their meeting at the European Commission.

“We remain committed to a negotiated two-state solution that remains for us the only viable way to end the conflict and all claims,” she continued.  “Our EU policy on this has not changed.”

Though Mogherini did “recognize changes to the pre-1967 borders, including with regard to Jerusalem,” she emphasized that the EU’s “position on Jerusalem as a future capital of both states has not changed.” Furthermore, the EU supports “a Palestinian presence in ‘East Jerusalem,’ both in political and financial terms.”

She reiterated her conviction that Israeli communities in Judea and Samaria are “illegal under international law.”

Happy to welcome President Abbas again – EU continues to work with partners for peace in the Middle East pic.twitter.com/wiRAT2I8PJ

Members of the Arab League’s 22-member bloc are currently meeting in Jordan ahead of its 2017 summit on Wednesday.