Dozens of rockets fired from Gaza throughout the night; Israel responds with further airstrikes 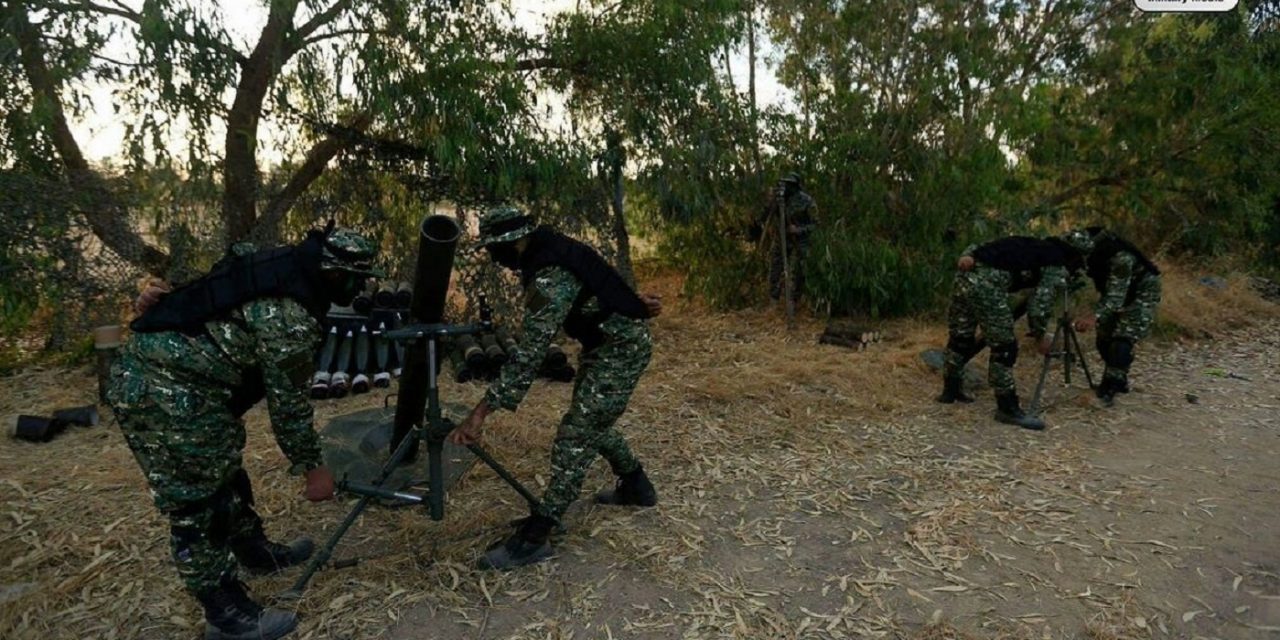 Thousands of Israelis spent the night in bomb shelters as terrorists in the Gaza Strip fired some 40 rockets and mortar shells at communities near the coastal enclave early Wednesday, with several of the projectiles being intercepted by Iron Dome. There were no reports of injuries.

The IDF said that rockets and shells were fired at the Eshkol, Sha’ar Hanegev and Sdot Negev regions and that Iron Dome intercepted some of them, while most of the others fell in open areas.

One house in the Eshkol region suffered a direct hit; it was empty at the time.

The army did not give the number of rocket and mortar fire launches, but Hebrew media reports said there were more than 40.

Sirens also went off in other regions including the city of Ashkelon and the town of Netivot, but the IDF said they appeared to be false alarms and they were investigating the cause.

#BREAKING: A rocket fire during the night from #Gaza hit a home in Sofa; the family members were at the shelter pic.twitter.com/tRW6b2Q9cg

Despite the attacks, schools in the region were set to open on schedule Wednesday morning. School buses were accompanied by security details.

More than 100 projectiles have been lobbed at Israeli civilians since Monday morning when the aerial clash began.

This illustration depicts the rockets and mortars that terrorist organizations in the Gaza Strip fired at Israeli civilians pic.twitter.com/kZvxyq5NkW

Late Tuesday Israeli warplanes hit some 25 Hamas and Islamic Jihad targets in the Gaza Strip in a second wave of retaliatory strikes, the army said.

Earlier, Hamas and the Iran-backed Islamic Jihad released a joint statement claiming responsibility for the dozens of rockets and mortar shells fired at southern Israel throughout the day.
The IDF, meanwhile, sent a message to Gaza’s residents calling on them to reject Hamas’s leadership.

“Hamas chooses to act against the interests of the residents of the Strip and, after it failed with its violent riots along the security fence, has decided to launch and to allow the launch of numerous projectiles at Israeli citizens,” the army said in a statement.

#BREAKING: Rocket launched from #Gaza lands in the Israeli city of Netivot pic.twitter.com/2pRjErW5M8

IDF spokesperson Ronen Manelis said at an evening press conference that the army was prepared to intensify its retaliatory raids if Hamas and Islamic Jihad continued to launch projectiles at Israel.

“The IDF is prepared for a number of scenarios, is determined to act against terrorist operatives and will continue to fulfill its mission of defending the citizens of Israel,” the army said.