Dozens of Jewish headstones discovered under market in Poland 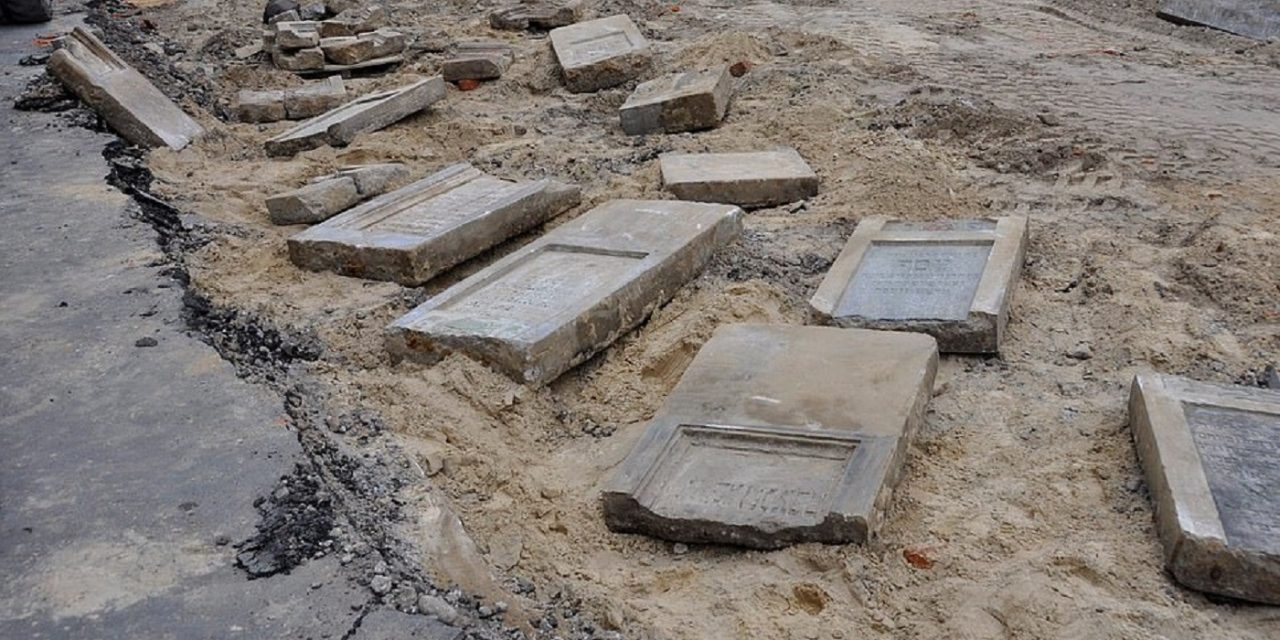 ozens of Jewish headstones were discovered under the asphalt of a local market in Poland.

The headstones had been placed in the heart of Leżajsk, a town located about 120 miles south of Warsaw, at least 80 years ago, according to a report Friday in the Gazeta Wyborca daily.

The headstones, which were uncovered during construction work that began in June, have been removed and stored by the municipality, which will consult Jewish community officials on what to do with the find.

Between 1918 and 1939, Leżajsk’s population of about 5,000 was 90 percent Jewish, according to Yad Vashem, Israel’s national Holocaust museum. Many of them were saved thanks to the town’s proximity to the partition line that separated the German and Soviet occupation zones in Poland following the invasion of those armies into Poland in 1939.

More than 150 Jewish gravestones looted by Nazis to make a ROAD are discovered in town square in Poland:
Discovery during construction work in Leżajsk, Workers removed a layer of asphalt. Gravestones have kept their original colors, showing blue, green, yellow, red inscriptions. pic.twitter.com/HYe6MzVLiM