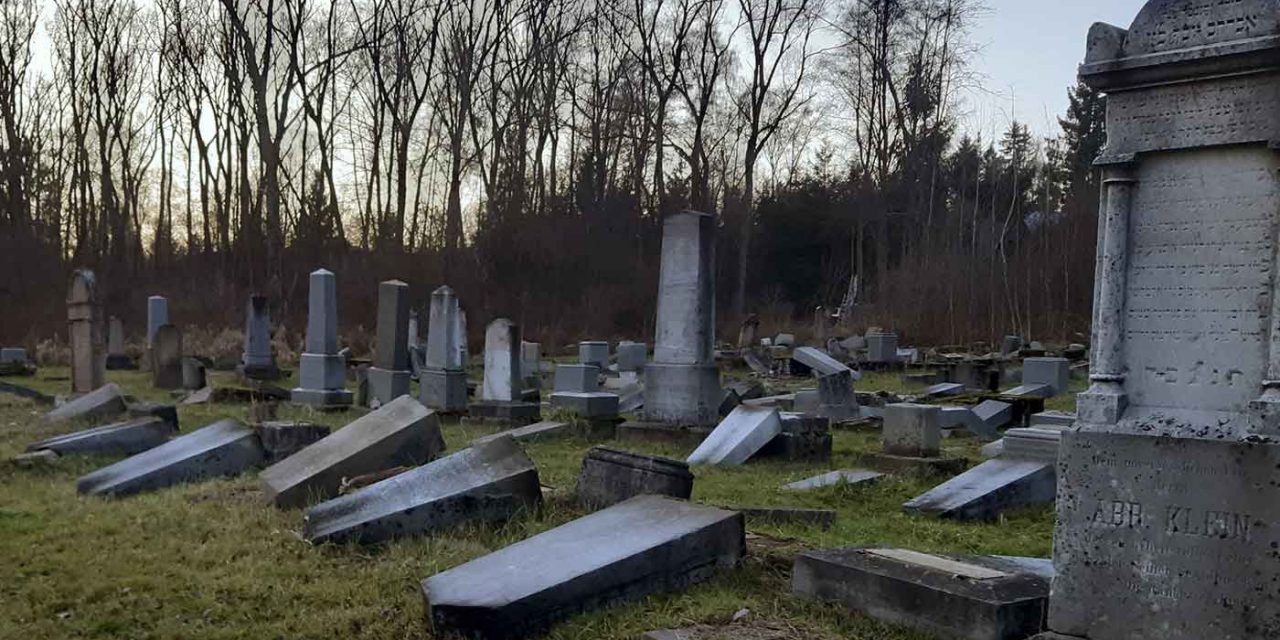 Vandals have desecrated 59 graves at a cemetery in Slovakia in a ‘barbaric act’ of anti-Semitism.

Gravestones, including some dating back 200 years, were pushed over in the town of Namestovo, the cemetery’s general manager Karol Kurtulik said on Tuesday.

‘When I discovered this, my legs went weak. It’s a barbaric act,’ he said, warning of increasing spread of anti-Semitism through ‘fake news and online conspiracy theories’.

Local police said they had launched a criminal probe into the incident, which caused at least £43,000 in damages. There are efforts to raise funds to pay for the repairs.

Kurtulik said that “man locals but also people from across Slovakia have contacted me offering to help.”

Shockingly, the video by Ruptly below showing the damage to the events may also help to point out the anti-Semitism caused by “fake news and online conspiracy theories” that Kurtulik is referring to. This is not because of anything Rupltly has done, but because of those commenting on the video.

At the time of writing this article, there the video below has 711 views on YouTube, but has 37 comments, almost all of which are anti-Semitic conspiracies.

Some are simply applauding the vandalism saying “Good job”. One person called “Ash Kenazi”, a name play referencing Ashkenazi Jews, simply wrote, “Nice” along with a thumbs up and okay hand signs.

A number of commentators on the video accused Jews themselves of vandalising the graves with others accusing Jews are playing the “victim”. One merged the two conspiracies, “Ahhh the victims once again. Of their own doing of course.” said 2wheelvloggers.

Another user, Sheepless N Seattle, showed their anti-Semitism to be rooted in anti-Zionism when they said, “Stop murdering Palestine and Gaza People BDS FOREVER”.

This shameful anti-Semitism is added to what is already a completely disgraceful anti-Semitic incident. It shows how far we have to come to tackle the world’s oldest hatred. Sadly, it is alive and well, and taking many forms to spread its hatred.