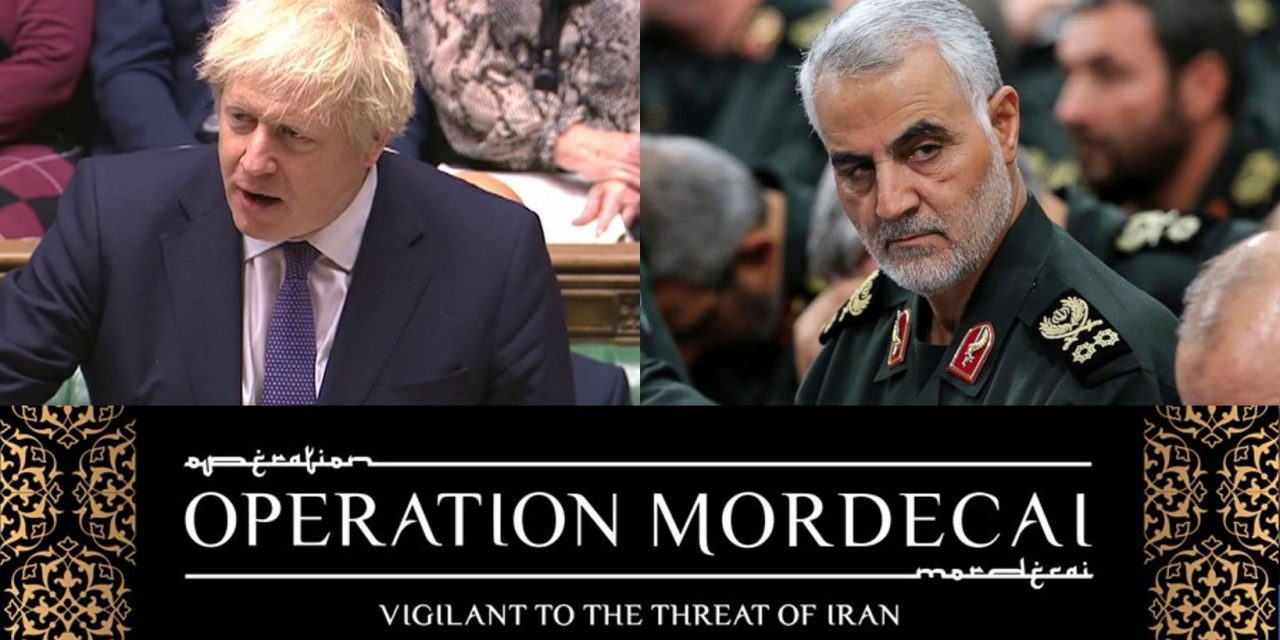 Christians United for Israel welcomes the statement by Prime Minister Boris Johnson in response to the US strike that killed Iran’s General Qassem Soleimani.

Mr Johnson said in a statement released on Sunday: “General Qassem Soleimani posed a threat to all our interests and was responsible for a pattern of disruptive, destabilising behaviour in the region.

The Prime Minister also warned that “all calls for retaliation or reprisals will simply lead to more violence in the region,” adding that the UK “is in close contact with all sides to encourage de-escalation”.

General Soleimani was Iran’s point man on using terrorist organisations, including Hezbollah and Hamas, to sow chaos, death and destruction in the Middle East and beyond.

Since President Trump courageously tore up the Iran Nuclear deal – which effectively enabled Iran to pursue its maniacal agenda while receiving relief from international sanctions – Iran has been lashing out.

The strong statement by the Prime Minister at this critical moment gives clear and necessary denunciation of the Iranian regime’s continued efforts to create unrest and support terrorism in the region.  The statement is also welcome in light of a series of comments by the Labour leadership condemning the killing of the Iranian terrorist general and attempting to cause discord between the UK and US.

Meanwhile, CUFI is extremely concerned that the Iranian regime has once again breached the terms of the Iran Nuclear Deal, with the announcement on state TV on Sunday that Iran would no longer observe limitations on uranium enrichment, stockpiles of enriched uranium or nuclear research and development.

We therefore repeat our call for the UK government to immediately withdraw from the Iran Nuclear Deal and make a stand in solidarity with our closest allies – Israel and the United States.