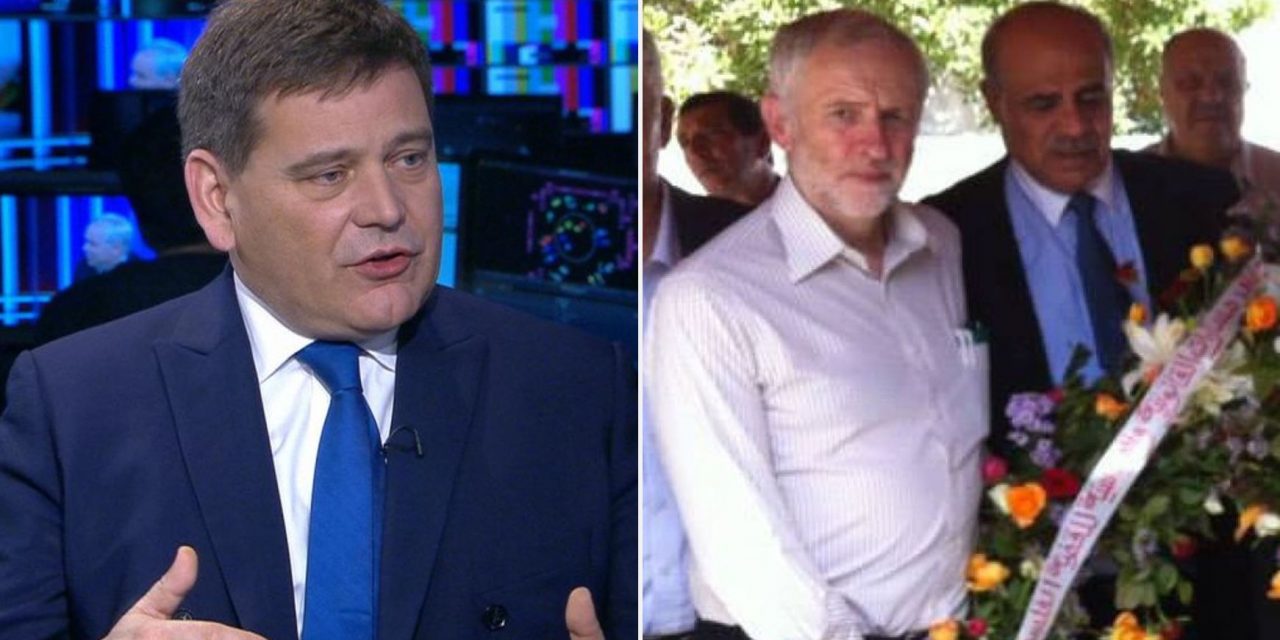 A Conservative MP has made a formal complaint about Jeremy Corbyn’s failure to declare the funding of his controversial visit to Tunisia in 2014.

In a letter to the Parliamentary Commissioner Standards, Andrew Bridgen MP wrote: “I am writing to request you to investigate a serious breach of the House of Commons Code of Conduct.”

He added: “It is clear Mr Corbyn has not registered this trip abroad; this raises serious questions over who funded the trip, and how much the trip cost.

“It also raises the question of whether Mr Corbyn breached the Code of Conduct by not referring to his entry in the Register in debates mentioning Israel, Palestine or Tunisia.”

The MP for North West Leicestershire said that Mr Corbyn had “demonstrably failed” the test of openness set by the Code of Conduct.

He added: “It is clear that Mr Corbyn’s actions in attending the wreath-laying ceremony, subsequently not declaring it and the following media coverage has caused significant damage to the reputation of the House of Commons and its members.”

Tory MP James Cleverly, a deputy chairman of the Conservative Party, said: “If, as it seems, Mr Corbyn failed to declare this visit it should be looked into.”

Yesterday, the Labour leader refused to apologies for visiting the cemetery of “Palestinian martyrs” saying “I’m not apologising for being there at all.”

Mr Corbyn visited the cemetery during the International Conference on Monitoring the Palestinian Political and Legal Situation in the Light of Israeli Aggression hosted by the President of Tunisia at the end of September 2014.

Although his flights, two nights’ hotel accommodation and other expenses were paid for by the Tunisian government, he did not declare the trip in Parliament’s Register of MP’s Interests.

Labour aides insisted the total cost of the Corbyn’s trip was under the £660 threshold set out in parliamentary rules requiring declaration in the register.

Yet a Tory peer who also attended the conference in Tunisia did declare the trip.

Lord Sheikh, who did not visit the cemetery and was not aware of the wreath laying, recorded that his trip “was paid by the Government of Tunisia”.

The Campaign Against Antisemitism has also said it will formally complain about the lack of funding declaration when Parliament returns after the summer break.

Stephen Silverman, director of investigations and enforcement at the Campaign Against Antisemitism, said: “The public needs to know who paid for Jeremy Corbyn’s trip to honour the anti-Semitic Black September terrorists.

“He has a track record of receiving donations from people with close links to terrorist organisations and extremists, and if he received funds which he has not declared for this trip then that needs to be investigated.

“If he paid for such a trip himself, then that would be extremely disturbing, but if some other entity paid for the trip, the Parliamentary Commissioner for Standards must tell the public who is pulling his strings.”

Following the Labour leader’s television interview, Conservative Party chairman Brandon Lewis said: “Jeremy Corbyn’s story changes by the hour. Yesterday he admitted being at the commemoration – but said he didn’t think he was involved in laying a wreath.

“Today he says he did lay a wreath, but can’t say exactly where.

“It’s time for Corbyn to finally come clean on his role in this shocking affair.”

Mr Corbyn had earlier said he had been present when a wreath was laid to “those that were killed in Paris in 1992” but he did not “think” he was involved in laying it during a controversial visit to the Palestinian Martyrs’ Cemetery. Israeli secret service Mossad was accused of killing terrorists behind the murder of 11 Israeli athletes at the Munich Olympics, including Atef Bseiso, a PLO intelligence chief, who was killed in the French capital in 1992.

Yesterday, however, Corbyn admitted that he “laid one wreath”, although this time he claimed it was “in memory of all those who died in the awful attack in 1985”, referring to airstrikes on a Tunis PLO base carried out by Israel in response to the killing of three Israelis off the coast of Cyprus.

Corbyn will NOT apologise for laying wreath at Martyrs Cemetery

After yesterday denying laying a wreath, he now admits he did lay one but says he will not be apologising.He also said that he considered some actions by Israel to be terrorism, which is interesting since he doesn't even refer to the actions of the terror group Hamas in such a way.#AntiSemitism #ChristiansAgainstAntiSemitism #CUFI #PrayforIsrael #DefendIsrael

Posted by Christians United for Israel – UK on Tuesday, 14 August 2018