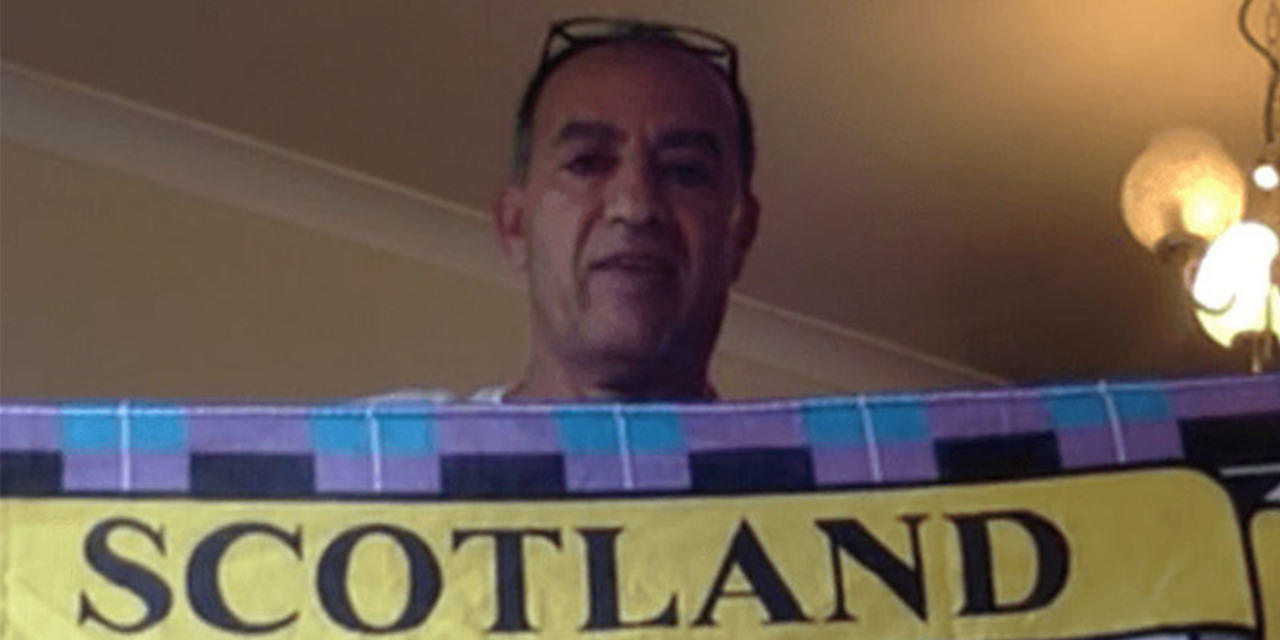 The links between Palestinian terrorism and the terrorism of the IRA has been brought to light this week after the arrest of Dr Issam Hijjawi, the chair of the Association of Palestinian Communities in Scotland.

Dr Issam Basalat, 62, of Telford Road in Edinburgh, is accused of preparation of terrorist acts in relation to his attendance at an alleged meeting of the New IRA at an address at Buninver Road in Omagh, County Tyrone, on July 19.

Dr Hijjawi is the tenth person to be charged in the PSNI/MI5 investigation ‘Operation Arbacia’.

The 62-year-old’s house in the Blackhall area of Edinburgh was also searched by officers from Police Scotland.

He attended one of the two meetings which were bugged by MI5, along with a number of leading members of the group Saoradh, who it is also alleged are members of the New IRA

Dr Hijjawi claims he was simply giving an update to the group on the current situation in Palestine. However, one of the IRA members he was arrested alongside was someone he travelled to Lebanon with in 2018, and Dr Hijjawi himself linked Palestinian “struggle” with the IRA.

He also travelled, sometime in 2018 to Lebanon, and its capital Beirut, with leading Tyrone republican Kevin Barry Murphy.

Murphy was one of six people who appeared in court yesterday charged with a number of terrorist related offences, including directing terrorism…

Dr Hijjawi has had a connection with the group for several years and addressed the Saoradh Ard Fheis in Newry last November.

During his talk he spoke of being approached on a number of occasions by MI5, saying: “what they called my Irish connection, ironically admitting the parallel between the Palestinian and Irish causes”.

“Comrades, be assured that we are on the right side of history, whether in Palestine or Ireland, the nearly century-long struggle for freedom, self-determination, dignity and social justice will prevail, and the imperialist, colonialist powers sooner or later will be defeated, it’s just a matter of time”, he added.