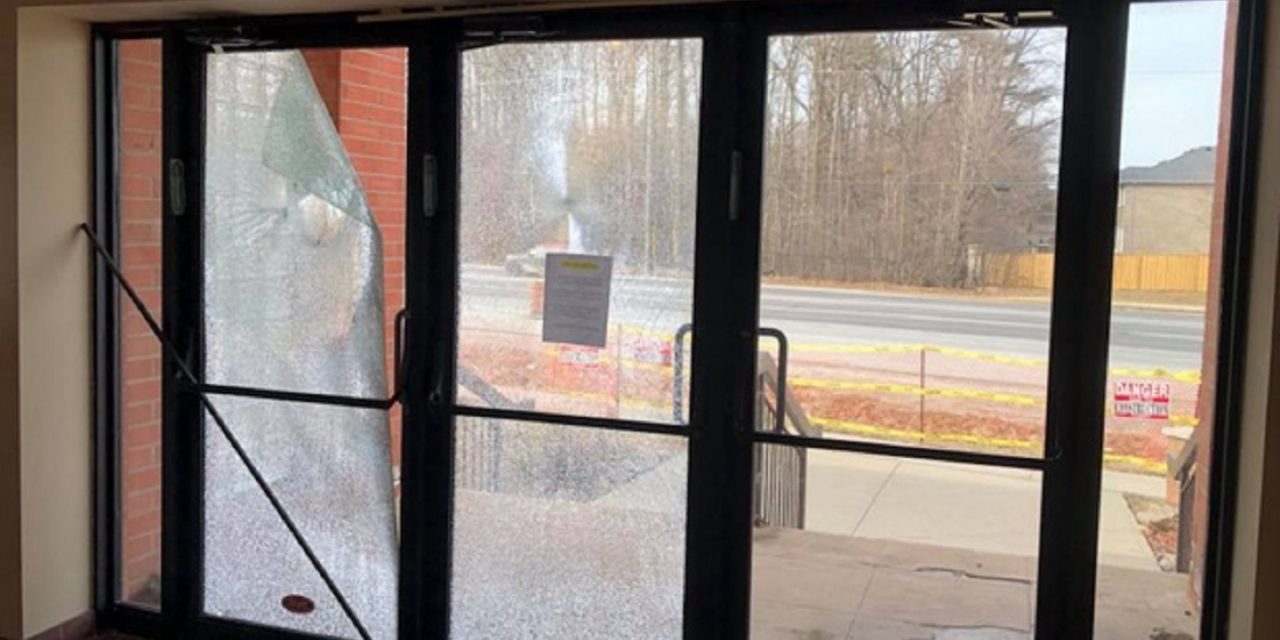 The front doors of a synagogue in Thornhill, Ontario were smashed by a rock in broad daylight Wednesday morning.

Rabbi Mendel Kaplan of Chabad Flamingo Synagogue, has described the vandalism as “an attack on the Jewish community”.

He explained that at around 9:40 a.m., surveillance video caught a suspect throwing a rock through the glass doors on two separate occasions.

“Our cameras show a man walking by our Shul, stopping multiple times looking for rocks — and then running back twice to hatefully smash the glass doors,” Kaplan posted on his Facebook.

Later in the day, he posted two surveillance videos that clearly show a man throwing a rock at the doors, fleeing the scene and returning shortly after to throw another rock, this time much closer to the entrance.

Kaplan said he contacted York Regional Police and that their response has been “marvelous.”

“We were shocked, horrified and extremely, extremely distraught by the events of this morning,” Kaplan told reporters Wednesday. “If you watch the video, you can see there is clear premeditation. The person thinks and rethinks, and the way he tosses the stone, the malice and the hatred are really, really obvious.”

Kaplan said he doesn’t just see this as an attack on the synagogue.

“I see it as an attack on the Jewish community, and ultimately, an attack on all decent citizens and decent Canadians.

The incident comes three months after a number of synagogues across Ontario were targets of anti-Semitic hate mail.

The letter contained the phrase “Jewry Must Perish” with a bleeding Star of David and a swastika at the centre.