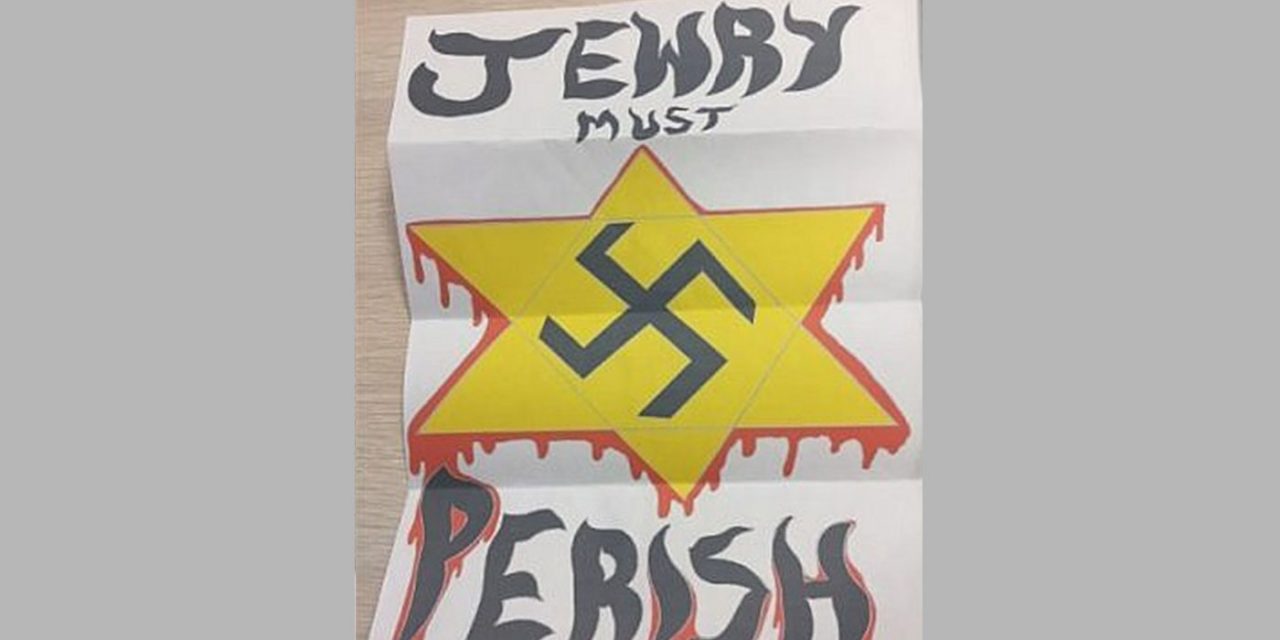 Canadian police are investigating after eight synagogues in Toronto, Montreal, Hamilton and Edmonton received identical letters featuring a swastika inside a bleeding Star of David with the phrase “Jewry must perish.”

Michael Mostyn, chief executive office of B’nai Brith Canada said in a statement, “Sadly, we’ve seen the swastika make something of a comeback this year, defacing the walls of high schools, university campuses, and public property… today, it is more imperative than ever that we condemn this symbol of racism and hatred.”

The letters were sent during the Jewish festival of Hanukkah.

Prime Minister Justin Trudeau said in a tweet, “These recent acts of hatred & anti-Semitism have no place in our country and we will not tolerate it.”

Sending my full support to the Canadian Jewish community. These recent acts of hatred & anti-Semitism have no place in our country and we will not tolerate it. https://t.co/oS3Gg7IS2N

While it is good to see Mr Trudeau speaking out against this hatred, many have pointed out the silence from the Prime Minister in addressing anti-Semitism from the far left that took place at the time these letters were discovered.

One user tweeted in response, “What about this display of HATE and RAGE towards the Jewish Canadian Community” alongside a video of anti-Israel protesters chanting “from the river to the sea, Palestine will be free”, which is a call for the destruction of Israel and the dispelling of Jews from the land.

The fact that the Prime Minister of Canada has spoken out against this incident is good, however, while this threat is very real, it is likely that these letters were sent by an individual or a small group. To see thousands of protestors on the street calling for the ethnic cleansing of Israel and for no one to raise a whimper of protest is deeply troubling.

As many Jewish intellectuals, such as Denis Prager, have pointed out, the threat from the far right, while still a serious concern, is small in comparison to large numbers of anti-Semites on the left. And what is even more troubling is how the media and the political establishment are completely ignoring that threat.