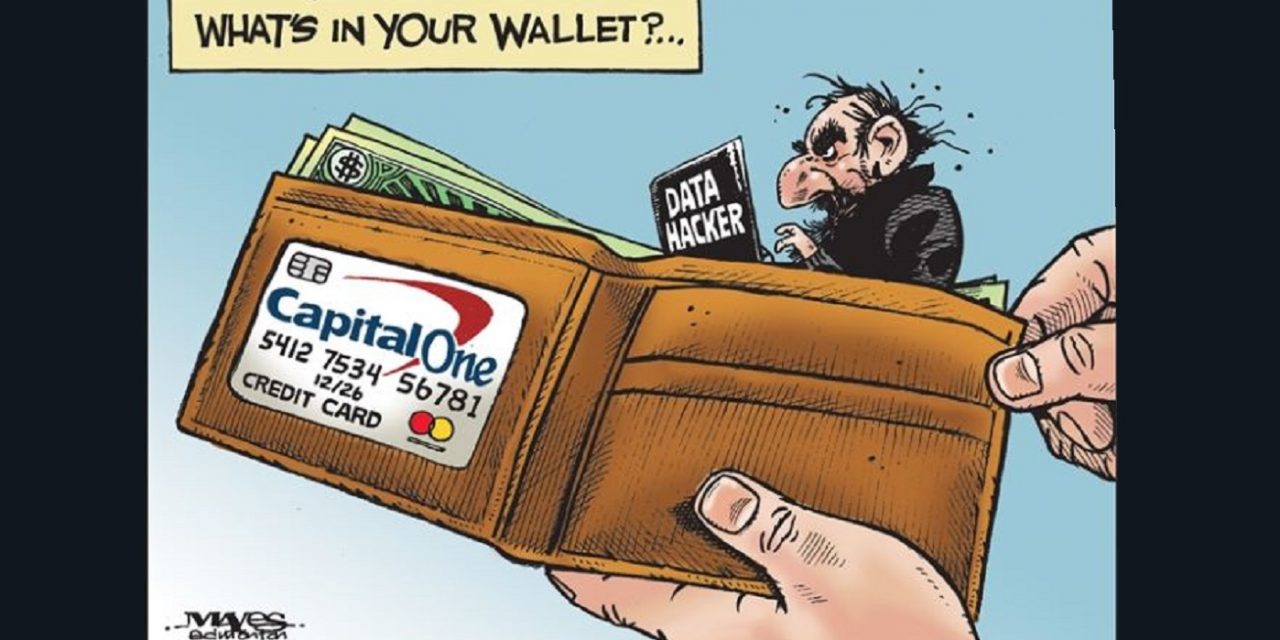 On Aug. 1, the Journal ran an editorial cartoon by veteran contributor Malcolm Mayes, which criticized the recent Capital One hack in which the data of six million Canadians was potentially compromised, including social insurance numbers and bank account information.

In his cartoon, Mayes drew a wallet with a Capital One credit card and, somewhat inexplicably, a man, with a balding scalp and hooked nose, typing away at a laptop bearing the title “DATA HACKER”. The image resembles Nazi propaganda of the stereotypical “greedy Jew,” critics have pointed out.

In reality, the alleged hacker is Paige Thompson, a 33-year-old former Amazon software engineer, who is neither Jewish nor an old man.

“We do not understand the connection Mr. Mayes is trying to make by using anti-Semitic tropes in his cartoon,” wrote Steven Shafir, president of the Jewish Federation of Edmonton, in a letter addressed to the Journal’s managing editor.

“We are disgusted with Mr. Mayes’s cartoon, with your tacit approval of it in your willingness to publish it, or, alternatively, we are astonished by your willful blindness if you did not see the harm that this cartoon would cause.”

According to Honest Reporting Canada, which broke the story on Aug. 8, Mayes has a history of drawing anti-Israel cartoons. In October 2010, he depicted an Israeli settler dismantling a wooden peace symbol to build a home in the West Bank. More recently, in May 2018, he drew co-operating hands labelled “Hamas” and “Israel” stuffing Palestinians into a meat grinder.

In response to this latest incident, several newspaper readers wrote letters to the paper expressing their surprise and disgust.

“Malcolm Mayes’s cartoon depicting a stereotype of a Jew in the latest hacking scandal of Capital One was offensive and unwarranted,” wrote Susan and Murray Lieberman from Edmonton. “Mayes had no reason to perpetuate stereotypes of a minority group. The lack of oversight for this cartoon gives us reason to question the editorial staff of the Edmonton Journal.”