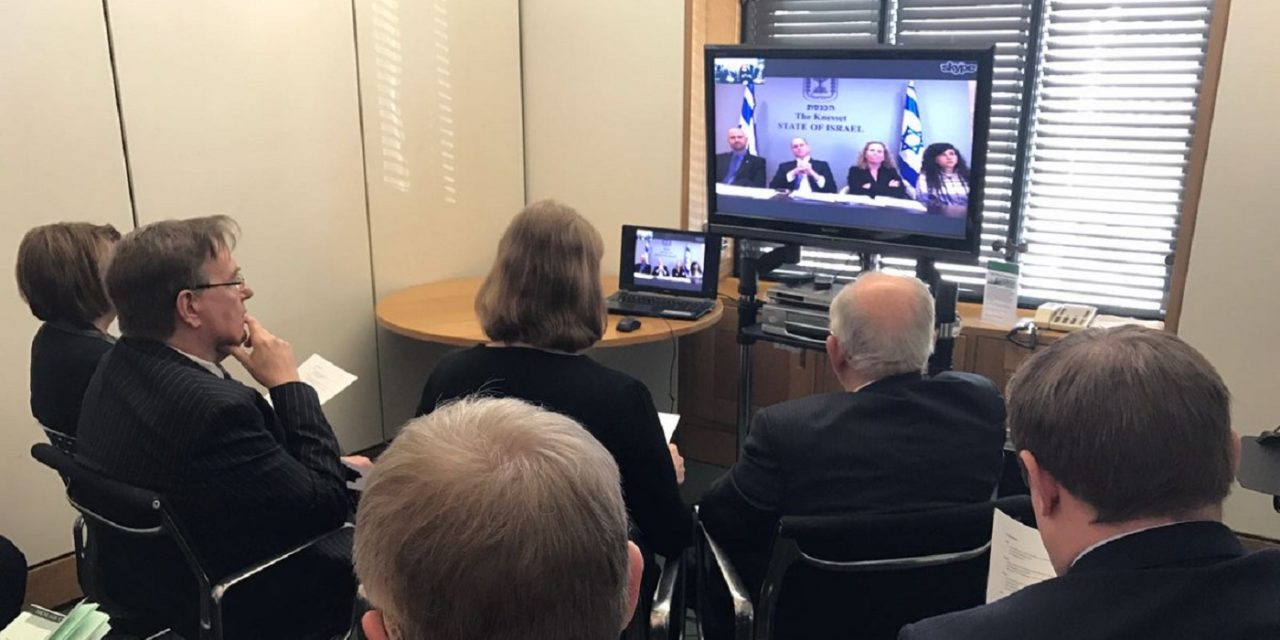 (CFoI) This week in Parliament, British parliamentarians took part in a video conference with their Israeli counterparts in the first UK-Israel Parliamentary Friendship group meeting of its kind.

During the meeting, politicians discussed the importance of inter-parliamentary dialogue and the deep ties that exist between the UK and Israel.

They hailed UK-Israel trade, which is at an all-time high of around £6 billion, and noted the ineffectiveness of the Boycott, Divestment and Sanctions movement.

MKs raised their concerns about Iran, which Ms Haskel described as the ‘greatest threat in the Middle East’.

Parliamentarians concluded by discussing how Iran’s increasing hegemonic regional ambitions, as well as the growing weapons supply of Iranian proxy Hezbollah and the threat of Daesh, have led to the alignment of interests between Israel and its Gulf neighbours, opening unprecedented lines of communication.