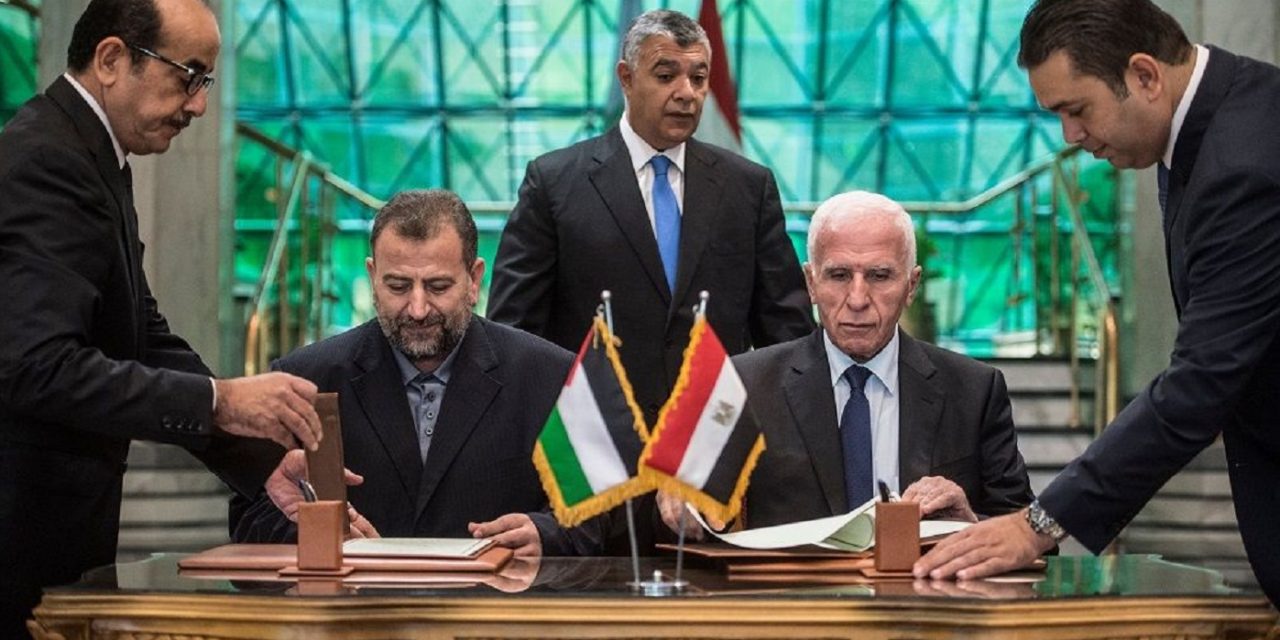 Under the agreement, the Palestinian Authority is to resume full control of the Hamas-controlled Gaza Strip by 1 December, according to a statement from Egypt’s intelligence agency, which oversaw the talks.

Abbas welcomed the deal in comments to AFP and said he considered it a “final agreement to end the division” — though many details remain to be resolved and previous reconciliation attempts have repeatedly failed.

It was signed in Cairo by new Hamas deputy leader Salah al-Aruri and Azzam al-Ahmad, the head of the Fatah delegation for the talks.

Negotiations are now expected to be held on forming a unity government, with the various Palestinian political movements invited to another meeting in Cairo on 21 November.

An official from Abbas’s Fatah movement said the Palestinian president was planning to soon travel to the Gaza Strip as part of the unity bid in what would be his first visit in a decade.

Sanctions taken by Abbas against Hamas-controlled Gaza will also soon be lifted, the Fatah official said.

There was no indication that Hamas, a terrorist group bent on eliminating Israel, would give up its arms.

Abbas has insisted that he will only reassume control of Gaza if Hamas hands over power. Hamas, in turn, has said that it will not disarm — even if it is willing to give Abbas control of the Gaza government.

Reports from Egypt Thursday, quoted by Israel Radio, said Hamas was not prepared to disarm. The Islamist terror group was said to have instead agreed, under the terms of the emerging reconciliation deal, that it would not use its weaponry unless a resort to force was approved by a joint panel. There was no immediate official confirmation of this.

The Western-backed Abbas hasn’t set foot in Gaza since 2007, when the Hamas terrorist organization, his main ideological rival, seized the territory in street battles with his loyalists.