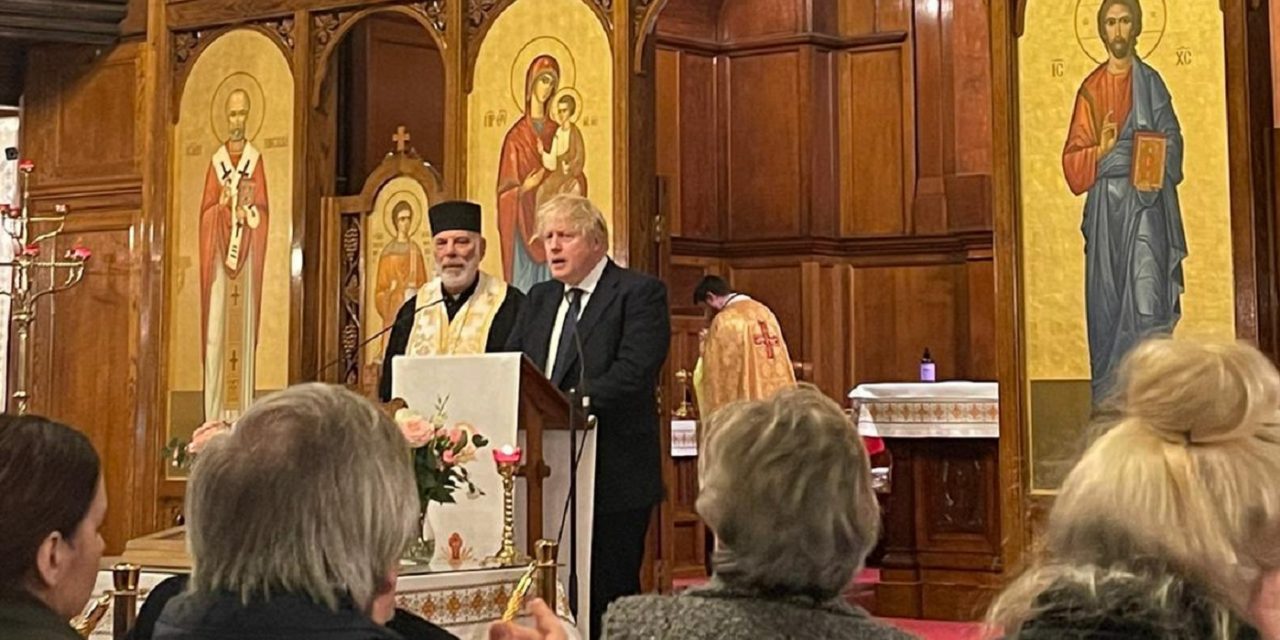 Boris Johnson  used the parable of the Good Samaritan to share a Bible-based message telling the congregation that the UK “cannot shut our eyes” to the country’s plight following the Russian invasion.

The Prime Minister made the speech at the Ukrainian Cathedral of the Holy Family in Mayfair, London on Sunday evening for which he received an emotional standing ovation. He added that he holds “no hostility” to the Russian people but there is “no possible excuse” for its leadership to choose to invade Ukraine.

Boris Johnson attended mass at a Ukrainian church in London this evening pic.twitter.com/ADV86Shub1

Israel's minister of defense has said the cost of dealing with Iran is higher now than a year ago, but less than it will be in a year, adding that Iran is just a "few weeks" from being...
Read More
Share
Tweet
Email
More
553 Shares