Boris Johnson delivers Hanukkah message: “Britain would not be Britain without its Jews” 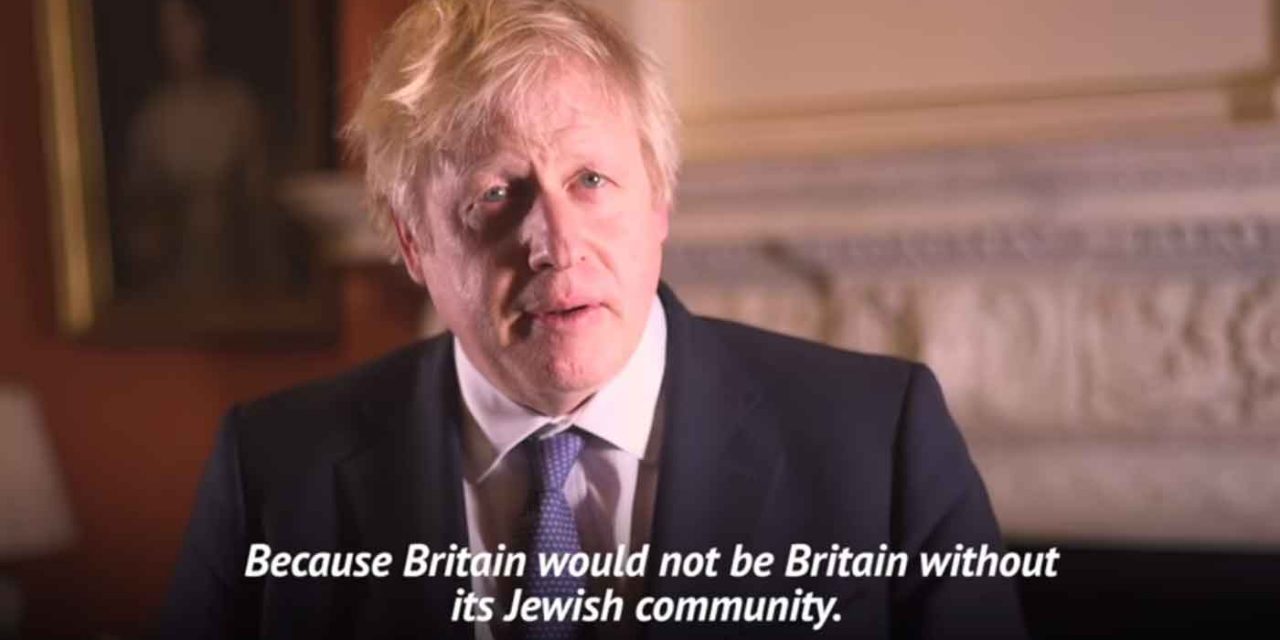 The full message is as follows:

“To all our Jewish friends, neighbours and relatives, wherever you are in the world, let me wish you a very happy Hanukkah. And there is every reason to be happy at this time of year. After all, quite aside from the joys of latkes and doughnuts – and I had the pleasure of baking a few myself when I visited Golders Green during the election campaign – who can argue with a festival where the kids get presents every day for more than a week? And it is a time to celebrate not just the miracle of the oil but also your unique identity.

To pop the Hanukkiah or Menorah in the window and say to the world just as Judah and his small band of poorly-equipped Maccabees said to Antiochus III and his mighty Greek army all those years ago: “I am Jewish and I am proud of it”.

And that’s really important right now. Because I know that recent years have not been easy ones for British Jews. In the media, on the streets and particularly online, anti-Semites have, in alarming numbers, been emboldened to crawl out from under their rocks and begin, once again, to spread their brand of noxious hatred far and wide.

But as you kindle the Hanukkah light tonight and in the nights to come, I want you to remember this. When the Maccabees drove the forces of darkness out of Jerusalem, they had to do so on their own. Today, as Britain’s Jews seek to drive back the darkness of resurgent anti-Semitism, you have every decent person in this country fighting by your side.

Because Britain would not be Britain without its Jewish community. And we will stand with you and celebrate with you – at Hanukkah, and all year round.

Posted by Christians United for Israel – UK on Monday, 23 December 2019