Biden lands in Israel: ‘Connection between Americans and Israelis is bone deep’ 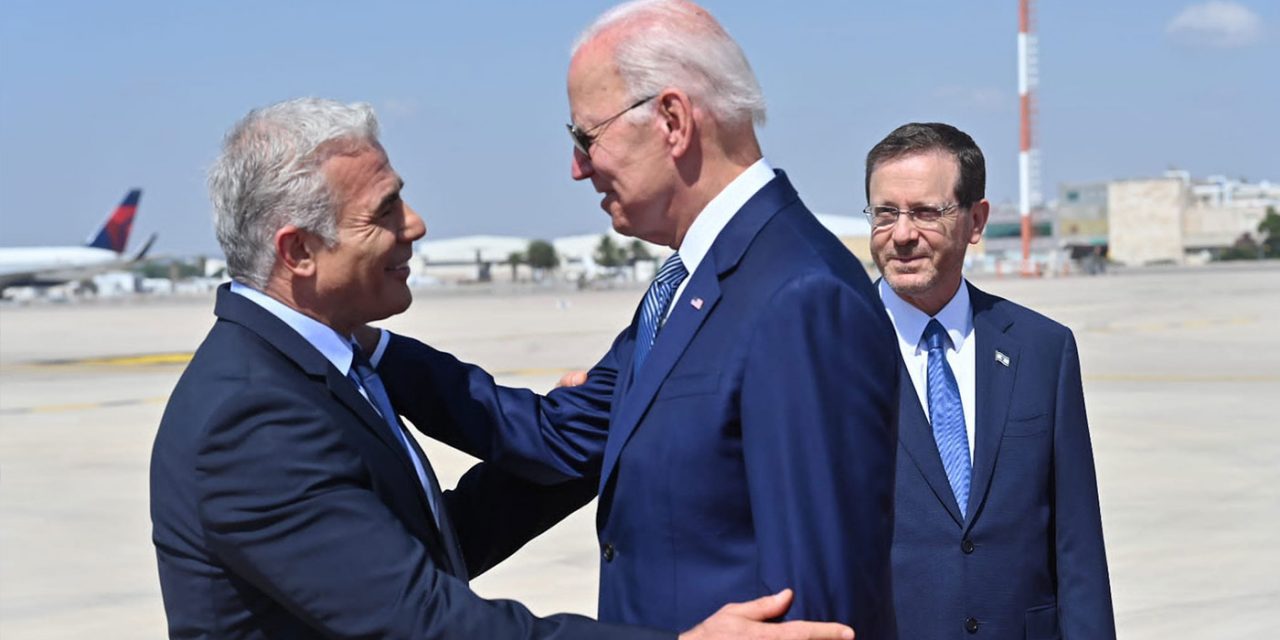 US President Joe Biden landed at Ben Gurion Airport on Wednesday for his first trip to Israel as president, describing his arrival as a homecoming as he was welcomed by Israel’s leaders on the tarmac.

“It’s an honor to once again stand with friends and visit the independent Jewish state of Israel,” Biden began in his prepared remarks before cabinet members and several dozen high-profile guests seated in bleachers.

Hailing the ties between the two countries, Biden added, “The connection between the Israeli people and the American people is bone deep. Generation after generation, that connection grows. We invest in each other, we dream together.”

It is Biden’s tenth trip to Israel, and he used his remarks to fondly recall his first visit just before the Yom Kippur War in 1973 when Golda Meir was premier and former prime minister Yitzhak Rabin was one of her aides.

“I realized that I had the great honor to be part of the great history of this country,” he said, before reiterating another go-to Israel line of his. “I’ll say it again, you need not be a Jew to be a Zionist.”