Belgian security officer says he’d ‘kill each and every Jew’

A Belgian municipal security officer is facing dismissal after saying he would kill “each and every Jew” during a debate on Facebook this past Friday.

“The word Jew itself is dirty. If I were in Israel, frankly, I would do to the Jews what they do with the Palestinians — slaughter each and every one of them,” wrote the officer, who was only referred to as Mohamed N. in Belgian media.

The debate quickly spiraled as the officer ignored requests from others in the discussion to tone down his statements, according to a report in Belgian paper Le Soir.

The officer was going by the pseudonym Bebeto Gladiateur.

According to Belgian media the man was a “guardian of the peace” — an official force dedicated to maintaining security and serving as a deterrent to neighborhood crime, but one that does not wield police powers. 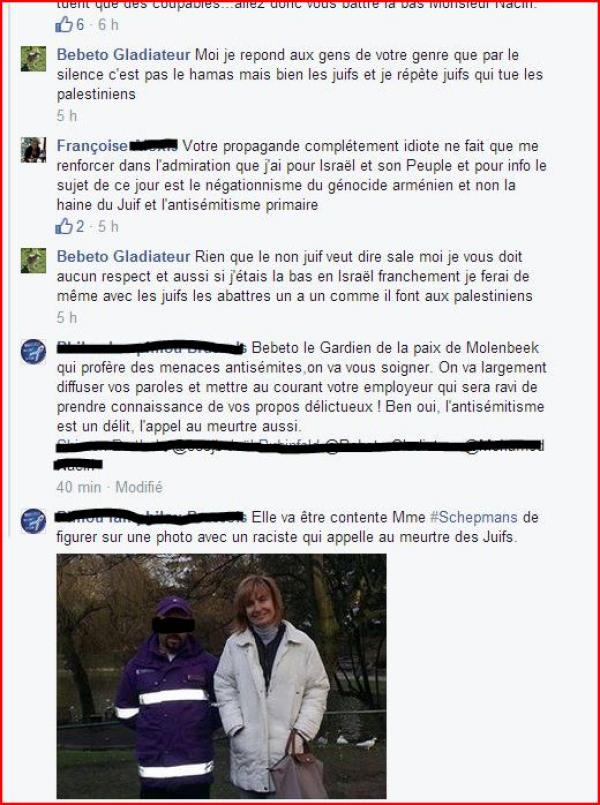