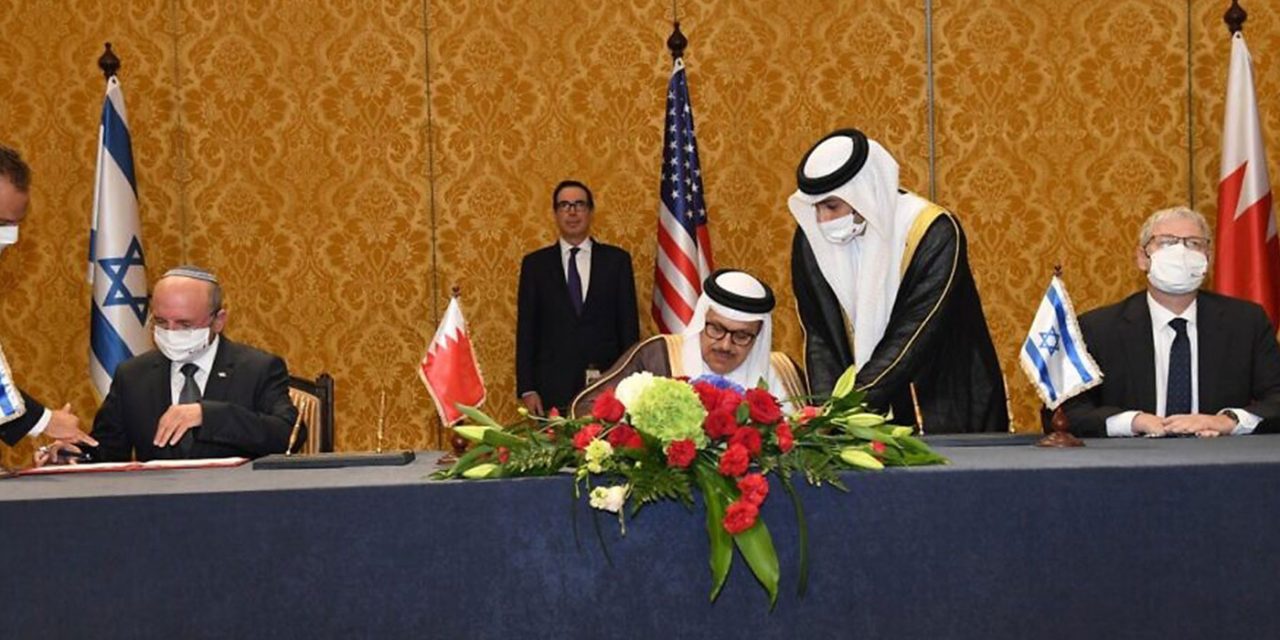 In an apparent change of heart, Bahrain has said it will not allow Israeli exports from Judea and Samaria (the West Bank) and that their trade ministers comments were “misrepresented” when he visited the country.

Brahrain’s trade minister Zayed bin Rashid Al Zayani was visiting Israel last week and declared: “We deal with Israel and Israeli companies like we would deal with an Italian, or an Indian, or a Chinese or a German company, or a Saudi company for that matter. There are no restrictions or special treatment or special rules. We have started a new chapter with Israel,”

To further clarify, the press asked him if products from Judea and Samaria (the West Bank) and the Golan Heights would be marketed as “Products of Israel” in the country, to which he responded in the affirmative.

However, it now appears that the country has changed its tune. This is either because the trade minister was wrong to make such a statement, or because of the backlash the country faced as a result of his comments.

Bahraini Industry, Commerce and Tourism Minister Zayed bin Rashid Al Zayani’s statement “was misinterpreted,” said the ministry, adding that “the ministry is committed to the Bahraini government’s unwavering stance regarding adherence to the resolutions of the United Nations, the Arab League and the Organisation of Islamic Cooperation concerning the Israeli settlements in the West Bank and the Syrian Golan Heights.”

Palestinian Foreign Minister Riyad al-Maliki claimed that in a phone conversation with him, Zayani had denied ever making the comments.

“The alleged comments … totally contradicted his country’s [Bahrain] supportive position of the Palestinian cause,” said a statement from Maliki’s office, according to Reuters.

It is a shame that Bahrain has changed its tune, however, it is not totally unexpected. Whilst Israel and Bahrain have normalised ties between the two countries, there is still a lot of work to do before there is true acceptance of Israel in its entirety. After all, even the European Union and the UK don’t recognise Israel’s rights to Judea and Samaria, with the EU themselves issuing anti-Israel legislation to label products produced in the region.