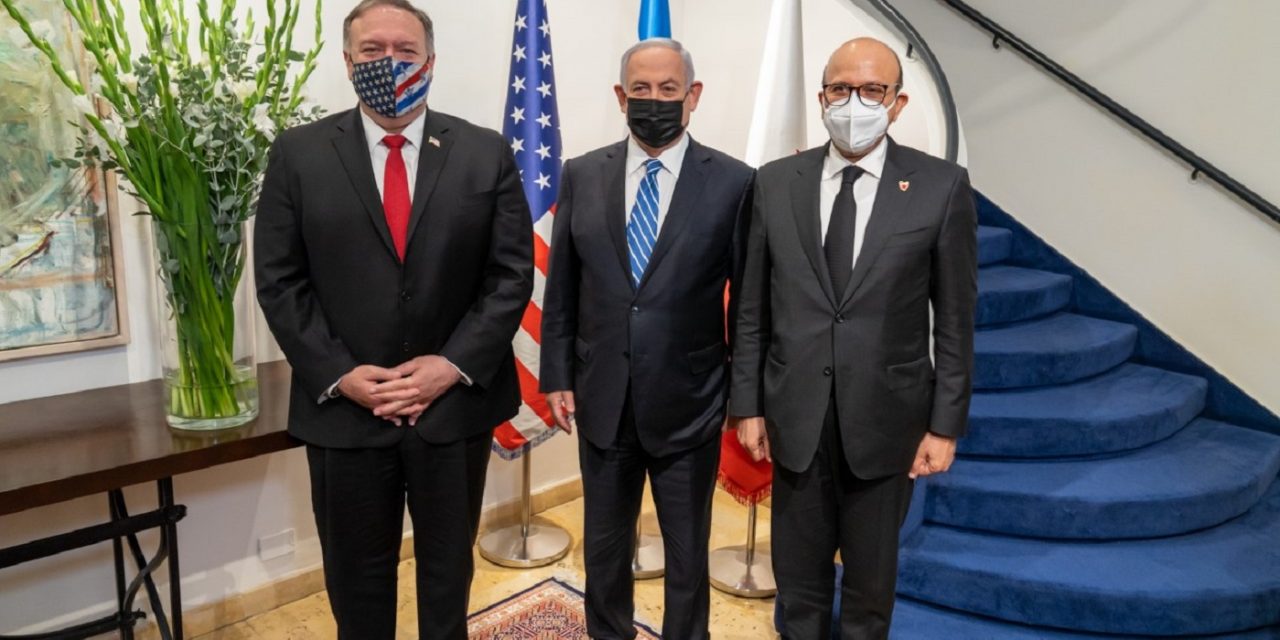 Israel and Bahrain announced Wednesday that the countries will open embassies in each other’s countries.

At a joint press conference held at his official residence, a visibly pleased Netanyahu thanked President Donald Trump and his administration for “advancing this historic peace.”

“Three peace agreements in six weeks – I don’t think it gets better than that,” Netanyahu said, citing the recent deals to establish diplomatic relations with the UAE, Bahrain and Sudan.

Honored to meet with @Netanyahu and Dr. Al Zayani in Jerusalem. The historic Abraham Accords have put the region on a transformative path toward stability, security, and opportunity. pic.twitter.com/EgCjiqp5Yu

The prime minister said the peace between Israel and Bahrain “is built on solid foundations of mutual appreciation and shared interests … Like Israel, Bahrain is small in size, but big in aspirations.”

Al-Zayani told Netanyahu he was “optimistic for the future.”

“We will soon witness the reciprocal opening of the two country’s embassies,” Al-Zayani said. “This emerging cooperation between Bahrain and Israel will pave the way to a dawn of peace for the entire Middle East.”

Pompeo arrived in Israel earlier in the day on a seven-country, 11-day tour that began Friday and takes him to talks in France, Turkey, Georgia, Israel, the United Arab Emirates, Saudi Arabia, and Qatar.

“It is great to be back in Jerusalem … the rightful capital of the Jewish homeland,” Pompeo said, emphasizing the Trump administration’s move of the U.S. embassy from Tel Aviv to Jerusalem.

“These [peace] agreements are important for so many reasons. They are important to the whole world. Indeed as I travel the world, countries that you might not expect are thankful for the work that Bahrain, the United Arab Emirates and Israel are going to do together,” Pompeo said.