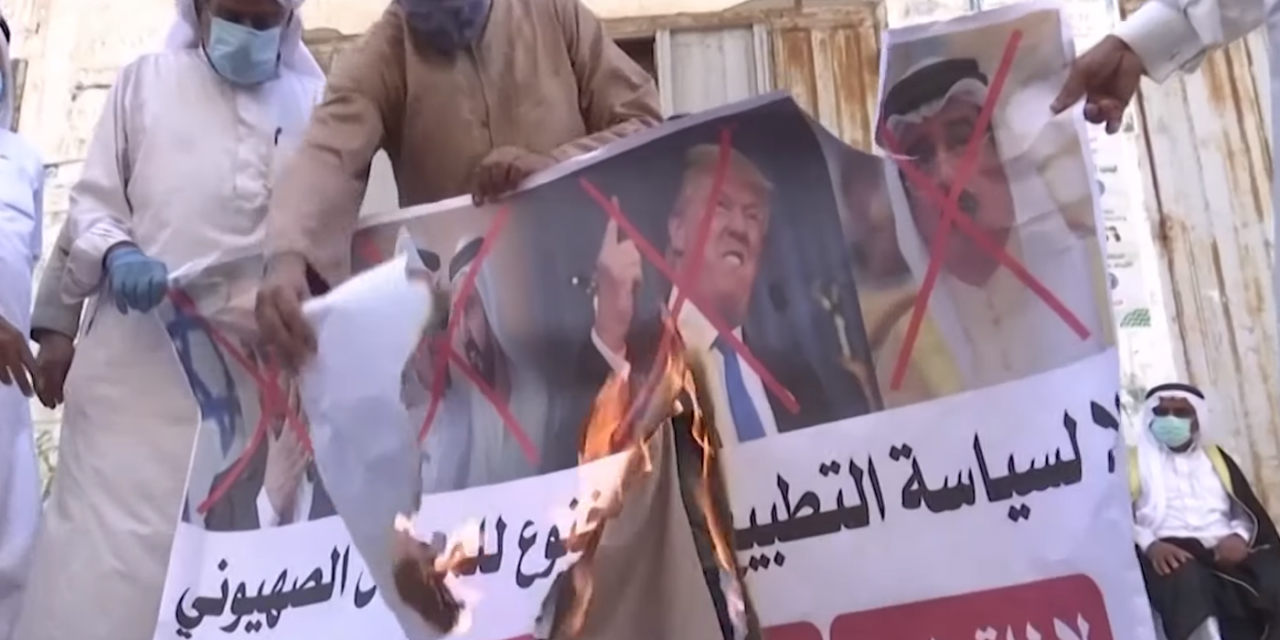 Today is the historic signing of peace treaties between Israel and the UAE and Bahrain. The treaties will be signed in Washington DC after the US played a vital role in helping to bring peace between these nations.

You would think that peace between two countries is something to celebrate, however, the Palestinians have instead declared 15 September 2020 as a “Day of Rage”.

“The Palestinian flag will be raised in all Palestinian cities and refugee camps in Israel and abroad, to emphasize the objection for raising the Israeli flag in Abu Dhabi and Manama,” a statement read.

The statement also called on Palestinians to hold protests worldwide in front of embassies of the US, Israel, the UAE and Bahrain.

The shocking thing in all this is that the Palestinian Authority is said to be a partner for peace with Israel and many nations treat the PA as equal to Israel, including our own government. Yet, when Israel makes peace with its neighbours, the Palestinians instead are enraged. These are not the actions of someone who seeks peace.

Israel is showing it is capable of making peace, the Palestinians are only showing themselves seek Israel’s destruction.